Land conservation in the province has received a huge boost from the Sobey family, with a $1 million donation toward the Nova Scotia Nature Trust’s campaign to protect Twice the Wild. Their game-changing gift makes big wins possible in protecting the province’s most outstanding and treasured wild spaces.

Announced in September 2020, the Twice the Wild campaign aims to double the amount of land the Nature Trust protects and stewards across the province, bringing its conservation lands from 15,000 to 30,000 acres. The ambitious conservation campaign was launched in response to the need for urgent action to stem alarming biodiversity loss and to provide nature-based solutions to climate change. Saving Twice the Wild is particularly timely in light of the growing public interest in the outdoors, experiencing and protecting nature.

To make these major land conservation gains possible, the Nature Trust launched a four million dollar public fundraising campaign in September 2020. Thanks to the campaign’s unprecedented four to one leveraging opportunity, every dollar donated will unlock four more, for a total of twenty million dollars to save Twice the Wild.

While the campaign has seen enthusiastic public support since its launch, the Sobeys’ contribution is an inspiring win for the Nature Trust and a major leap forward for the campaign.

“The Sobey family’s gift is game-changing for land conservation in Nova Scotia. It brings the campaign target within sight, and means we can move even more quickly in saving Nova Scotia’s most significant and threatened natural areas,” says Bonnie Sutherland, Executive Director of the Nature Trust. “We hope others will be inspired by their incredible generosity and leadership in protecting Nova Scotia’s natural legacy.”

The David and Faye Sobey Foundation have committed $900,000 toward the campaign. Paul and Marsha Sobey have contributed an additional $100,000 to bring the total family gift to $1 million. 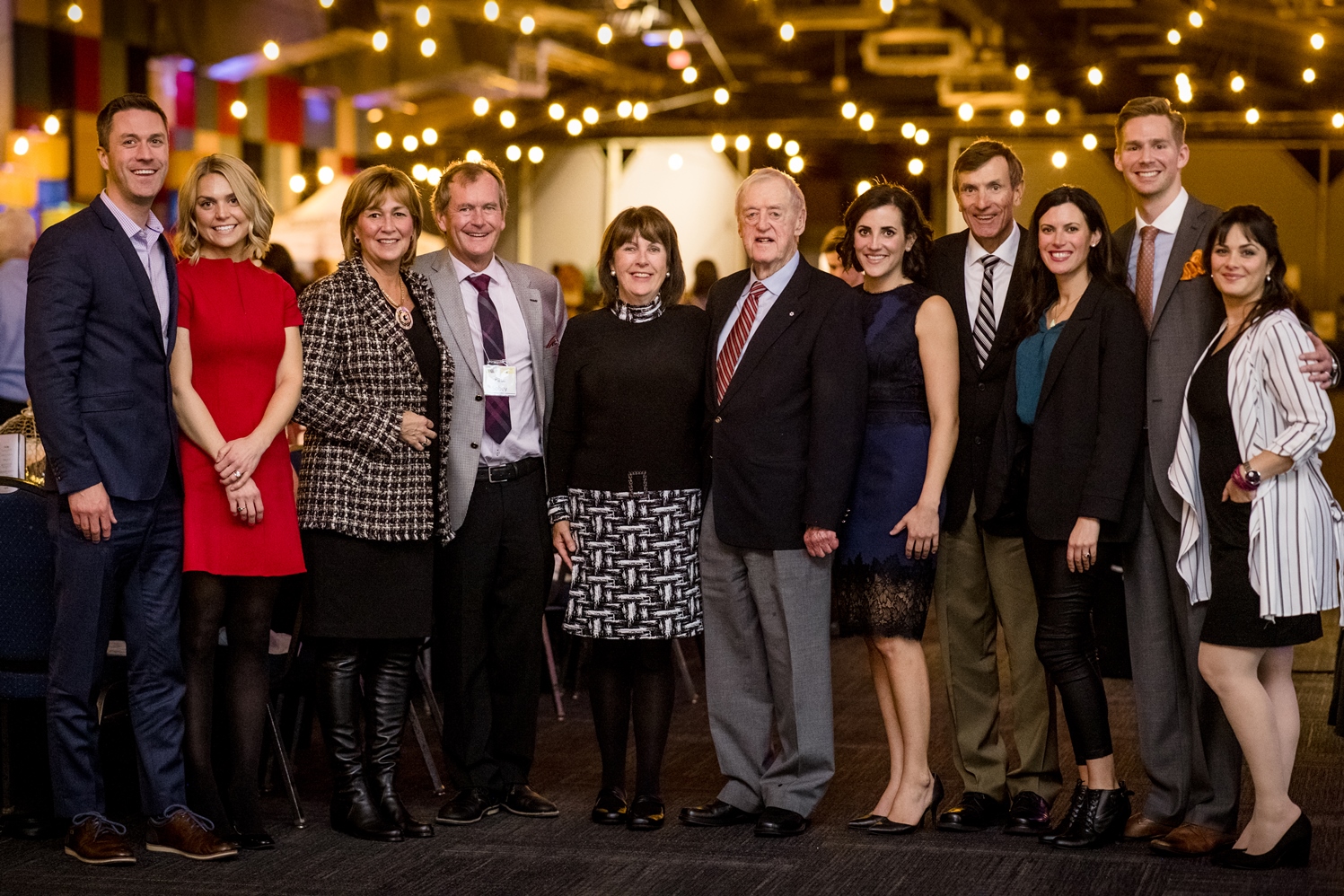 “We’re proud to be helping the Nova Scotia Nature Trust save our most beautiful and important natural areas so our children and grandchildren can continue to enjoy our wild rivers, lakes and forests, just as we have,” said Janis Sobey-Hames, Chair of the David and Faye Sobey Foundation.

“The Sobeys’ million dollar campaign gift actually builds on an already long and impressive history of conservation and philanthropic leadership with the Nature Trust. We are so grateful for all that the family has done for the Nature Trust and for nature conservation in Nova Scotia,” Sutherland noted.

David Sobey was already a lifelong supporter of salmon conservation efforts on the St. Mary’s River when he first connected with the Nature Trust more than twenty years ago.  When he heard about the Nature Trust’s vision to protect the ecological gems of his beloved river, he helped plant the seeds that launched the Nature Trust’s St. Mary’s River Legacy Campaign with funding support through the David and Faye Sobey Foundation. The Foundation generously supported major land acquisitions as the campaign evolved over the next several years.

View of the St. Mary’s property donated by Paul and Marsha Sobey in 2018. Photo: Scott Leslie

As their commitment grew, David and Faye moved beyond financial support. In 2017, they generously entrusted 30 acres of land at Mitchell’s Pool to the care and stewardship of the Nature Trust. Inspired by his parents’ commitment, Paul and Marsha stepped up in 2018 to donate their treasured family lands on the river as well, adding 230 acres at Cochrane Hill. The Sobey family’s support opened the door to even more river conservation, inspiring other nearby landowners to donate or sell their lands—significant lands that had long been on the Nature Trust’s wish list for protection.

With this most recent gift, the family is delighted to extend their deep-rooted love of the river to protect similarly precious natural areas all across the province. 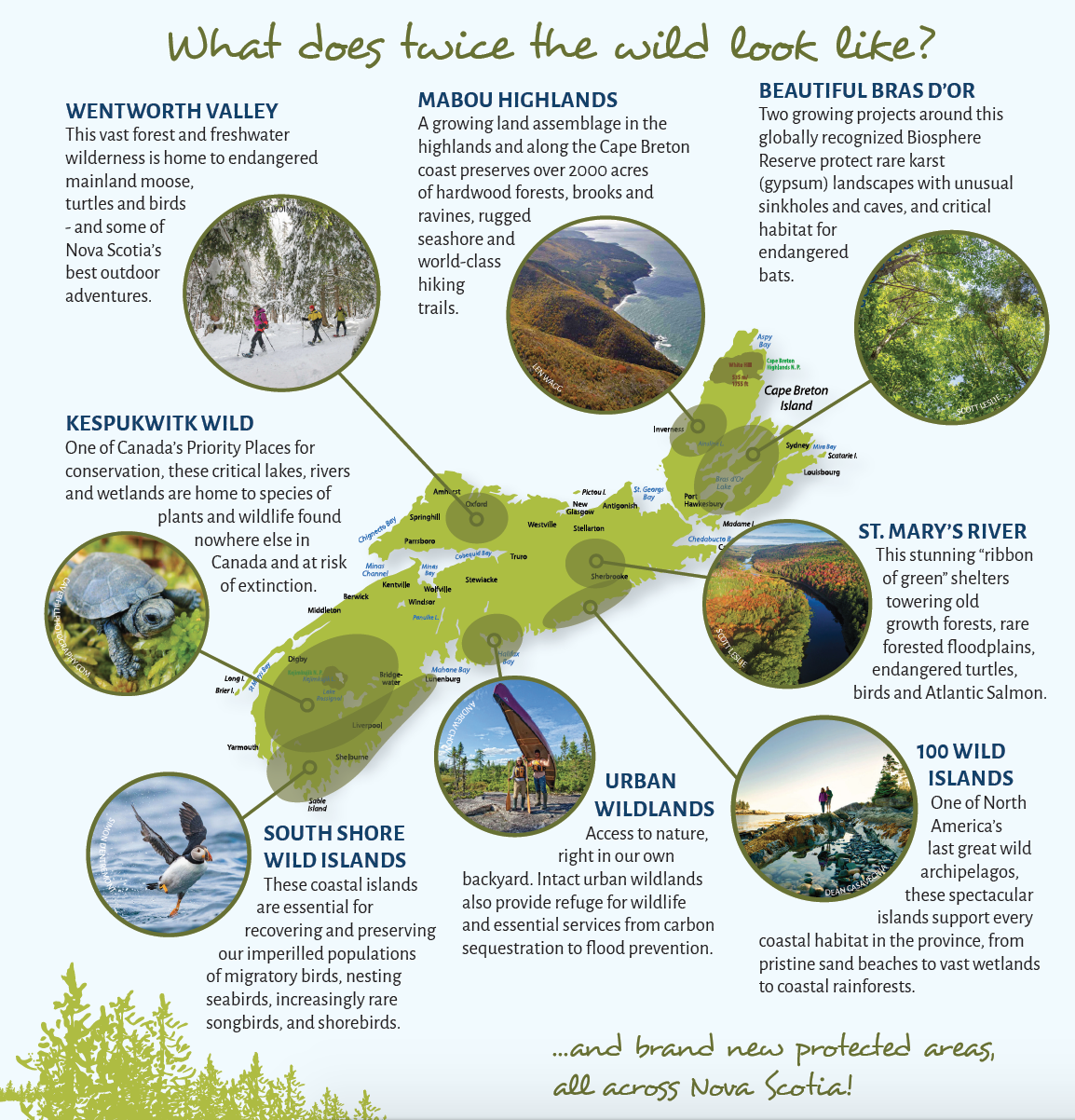 The St. Mary’s River is one of eight Twice the Wild focal areas where the Nature Trust is directing its accelerated conservation efforts. The campaign has already successfully protected well-loved areas like the Blue Mountain Wilderness Connector and natural treasures like the Tusket Islands. Other areas of focus include the Mabou highlands, Wentworth Valley, 100 Wild Islands and urban wildlands, coastal habitats and islands, rare gypsum and old forest sites, and habitat for endangered wildlife. The targeted lands are not only ecologically important and diverse, but provide space for people to explore and enjoy the outdoors. Explore the campaign’s focal areas on this interactive map.

“We are in a race against time, and nature needs us now, more than ever.” Sutherland noted. “With this once-in-a-lifetime opportunity for every dollar donated to unlock four more dollars to save nature, every Nova Scotian can make a big difference for nature right now through Twice the Wild.”

Donations are still needed to reach the four million dollar target and unlock sixteen million dollars more to save Twice the Wild.

Learn More About Twice the Wild