Trekkers depart on once in a lifetime journey across Iceland

Today nine intrepid Nova Scotians set forth on the adventure of a lifetime to the wilds of Iceland. The enthusiastic team of volunteers is headed out on a 7 day guided journey through the Fjallabak Nature Reserve. Their trek is a fundraiser in support of the Nova Scotia Nature Trust and wilderness conservation across Nova Scotia. 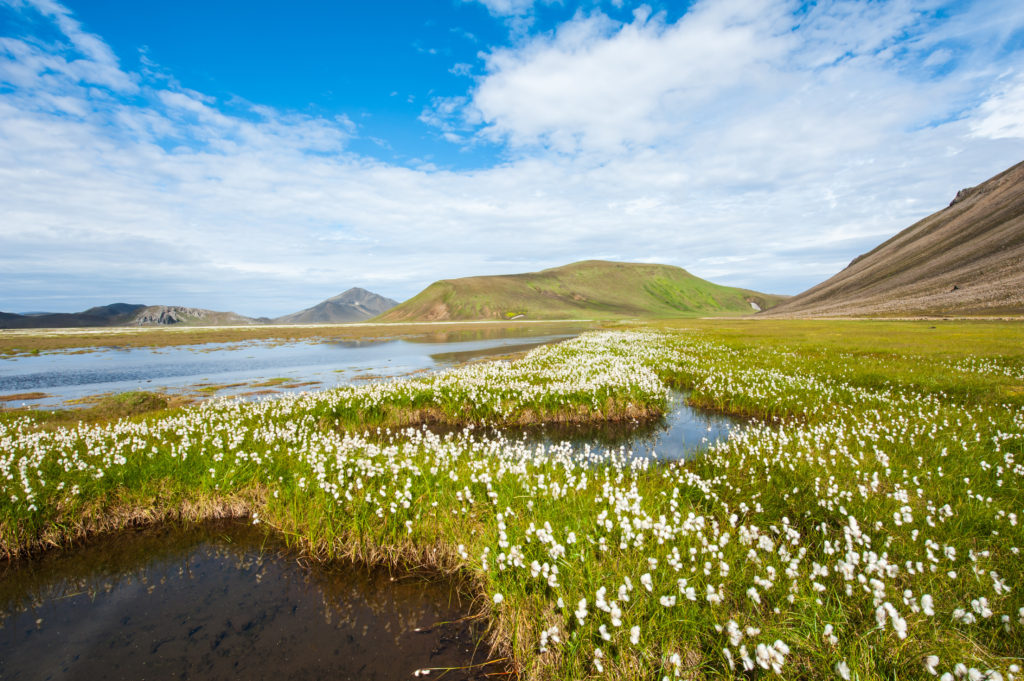 The team will experience spectacular volcanic landscapes, inviting hot springs, moss-covered lava fields and steam-filled valleys of this remote and stunning wilderness area. Early settlers in Iceland cut down many trees for fuel and construction which led to severe wind erosion in the fragile arctic environment. However, recently Iceland is a place of inspiring conservation action and has been a model for efforts to mitigate these impacts, through the creation of National Parks, Nature Reserves, Country Parks and Natural Monuments. Such efforts have not only contributed to extensive environmental protection, but also towards national pride in the country’s unique natural wonders and fascinating geothermal features, making for an excellent learning opportunity for the participants on this trek. 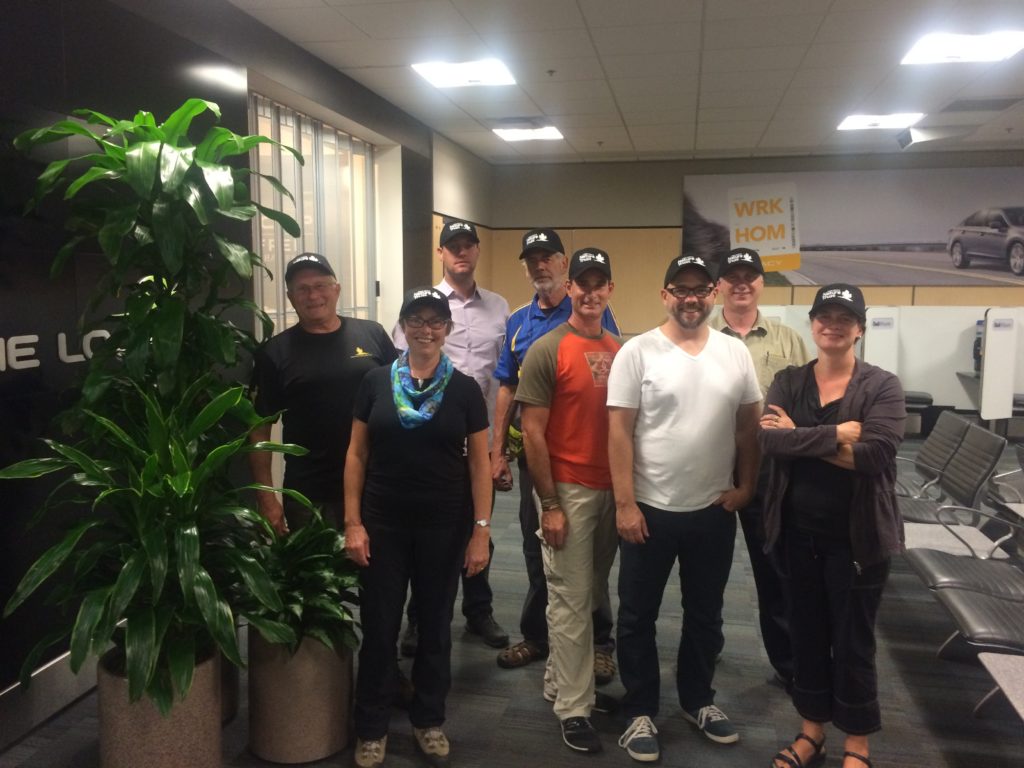 While the expedition team members share a passion for adventure and for wilderness conservation, they are a diverse group. The team includes a yoga instructor, lawyer, business owner, brother and sister in law duo, a father-son and daughter trio, and range in ages from 30’s-70’s. Four participants: Henry Fuller, Laura Hussey-Bondt, Rene and Ted Scrutton also attended the Nature Trust’s inaugural Expedition for the Earth in Patagonia in 2013. This time around, Henry will be celebrating his 70th birthday while on the trek and is happy to be joined by his children, Susanna and Michael Fuller, as well as other new expedition team members Blaine, Steve and Andrew. “We have a long family legacy of advocating for land protection,” says Susanna Fuller. “Marion Fuller Brown, Henry’s mother was instrumental in land conservation in Maine – and we like to think that our family has carried on that tradition in Nova Scotia. For us, this is a unique opportunity to both celebrate this together and contribute further to the NSNT efforts”

The trip will be expertly guided by internationally renowned adventurer and mountaineer Wally Berg, of Berg Adventures International. Mr. Berg’s track record in adventure includes summiting and guiding all of the world’s highest peaks including Mount Everest, and countless international treks. He truly loves adventure and bringing the power and magic of adventure to his clients. Mr. Berg and the team will be accompanied by a local Icelandic guide.

“I am thrilled to work with the Nature Trust once again! Iceland is the ultimate adventure landscape for lovers of the natural world. Geysers, glaciers, wildlife, coasts and mountains abound. Human history on the island is rich and fascinating, but is always set against the power and beauty of nature,” says Berg. 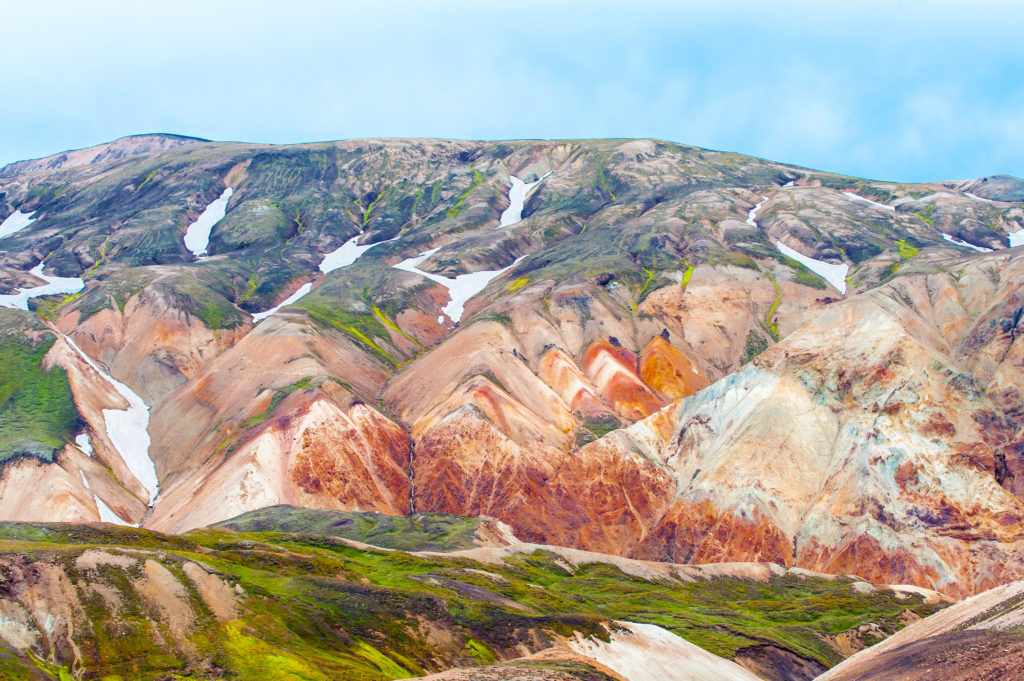 The trip follows the Nature Trust’s highly successful inaugural Expedition for the Earth in 2013 to Patagonia, Chile. The trek follows the “think global, act local” philosophy where participants experience some of the world’s most spectacular national parks and protected areas, while raising funds and awareness to save nature in their own backyard. The 2013 trek raised over $70,000 for conservation in Nova Scotia and all participants were delighted with their experience.

Tax-receipted donations in support of the Expedition for the Earth 2016 fundraiser can be made at expeditionfortheearth.ca. All funds raised go directly towards land conservation efforts. The team will be posting updates from the expedition which can be viewed on Facebook at novascotianaturetrust, Twitter and Instagram @nsnaturetrust.