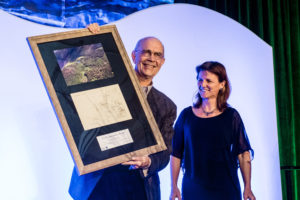 One of the highlights of the past year was celebrating the incredible contributions of supporter, champion and volunteer extraordinaire, David Rumsey. He was honoured with the Nature Trust’s 2019 Conservation Award for his contributions of vision, leadership, inspiration, energy and generous financial support that brought to fruition a long-standing dream for a vast coastal wilderness protecting the Mabou Highlands. The impacts of his contributions continue, with new conservation wins in the Mabou Highlands this year, and more on the way, inspired by and possible thanks to David.

David recently shared his story of how the Mabou Highlands came to mean so much to him, with Nature Trust volunteer writer Andy Robinson.

“The first time I visited Mabou was in 1964,” said David. “I was 20 years old and a student at Yale.  I came down with a college friend, Jonathan Hall. You can imagine how different this place would have been to that young student. Older people still spoke Gaelic, most of the roads were dirt, and people made their living from the land and the sea.”

“Jonathan already owned a piece of land in the area. He had been introduced to Mabou by Jim St. Clair—Jonathan’s teacher at New Canaan High School, Connecticut. Jim was born in Massachusetts, but he had deep family roots in Cape Breton. His mother’s family were Scottish settlers who landed in Cape Breton in the 1820’s.”

Jim shared his passion for Cape Breton genealogy and family history with his students, and the seed was sown first with Jonathan, and then David.

“Jonathan and I built a cabin on his land, and that made me think I wanted to be down there too, so later on I looked at buying the neighbouring parcel. It turned out after we’d had the survey that the cabin was actually built on my new piece of property!” 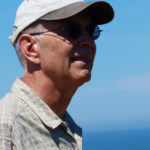 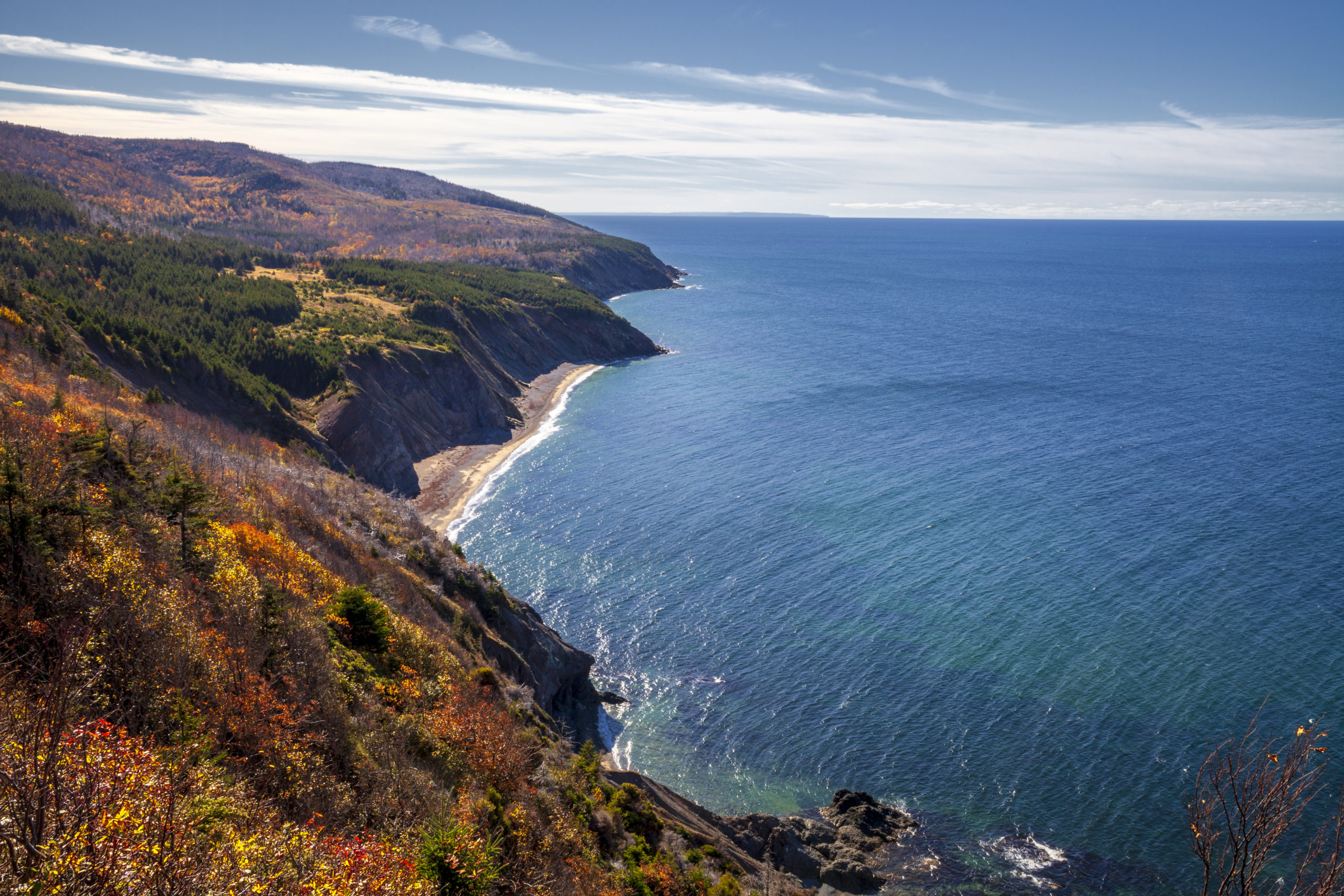 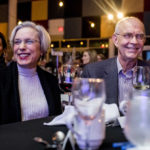 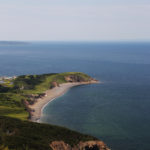 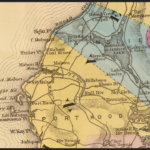 David returned many times to that old cabin, and the love for Mabou grew in his soul. The depth of history from the original settlers was rooted in every aspect of life, still there today if you know where to look.

During those early years, David continued his studies at Yale. He received his Masters in Fine Arts, and then lectured at Yale for some years before moving to California in the late ‘70s. He later had a 20-year career in real estate development and finance. He retired from real estate in 1995 and turned his entrepreneurial mind to his passion for old maps, creating Cartography Associates and going on to build one of the largest private map collections in the United States.  David was able to bring these diverse skills together to bring to fruition a long-standing dream for a Mabou Highlands conservation area.

With his career flourishing, David found himself drawn more often back to Mabou, and in 1987 he set about remodelling the former farmhouse and the old cabin. By that point he was visiting annually, and his thoughts were turning towards the long-term future of this unspoilt landscape.

“Property values were rising, and we became more concerned for the future of the Mabou Highlands. We wanted to protect it from development,” said David. 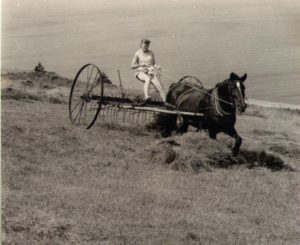 Historic photo of Jean Rosner in the fields of Sight Point.

He was mentored in his conservation efforts by long-time friend Jean Rosner. Her mother, Carmelita Hinton, had started bringing her students from the Putney School in Vermont to Cape Breton in the 1940s. Carmelita fell in love with the landscape, and recognized an irreplaceable opportunity to preserve this vast culturally and historically rich coastal landscape. She and Jean encouraged colleagues and friends to help acquire and protect neighbouring lands to prevent their development and to ensure continued public access to the coast. Jean now shared that passion with David. 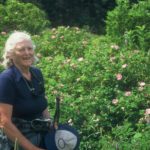 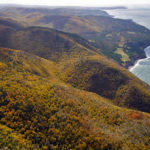 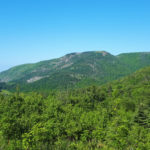 “We really began an active push to encourage the American landowners to either create conservation easements or sell their properties with preservation as the main objective,” David explained, “And with the creation of the Nova Scotia Nature Trust in the late 1990s we found a new, locally focused organization with growing resources and a commitment to the natural environment. That gave us renewed hope.”

“When you’re trying to build local support for a project like this, people need to be convinced there is benefit to them,” said David. “The Nature Trust helped us there. I also helped found the Cape Mabou Trail Club in 1993. I provided financial backing and I liked to get my hands dirty building trails with the main trail architect and builder, Ian Sherman. I think this has been a critical part of this whole project – giving locals an alternative us for the land. The trails bring in tourists, which boosts the local economy.”

David’s wife Abby shares his passion for Mabou. The couple met in 2001, and David was quick to describe the landscape that had played such a part in his life.

“I had to go see this place,” said Abby. “I was attending a conference in Halifax, so I rented a car and drove to Mabou. I was met at the start of the 5km road into the property by Billy McDonald, who managed the place for us then – his brother Roddie now manages the property. I was gobsmacked by the absolute beauty of the place. We see Prince Edward Island from the house, and the natural environment all around is just outstanding.”

“We had a major challenge in 2007 when we were hit with a spruce bark beetle infestation,” Abby said. “The trails were closed and so many trees were lost. To accelerate the natural process of regrowth and remove fire risk, we had many of the dead trees removed. It is incredible how the land has recovered just a decade or so later. Such tremendous diversity of trees that we never had before.”

“We are both honoured to be part of this multi-generational effort to secure the Mabou Highlands for present and future generations”, said David. “We are inspired by and grateful to the Mabou community who steward these lands and the history of their people—historian Jim St. Clair, trailblazer Ian Sherman, and Cape Mabou Trail Club volunteer Nadine Hunt, among many others. We are thrilled that the Nova Scotia Nature Trust will now ensure that the Mabou Highlands are protected forever.”

Be a Part of the Mabou Highlands Legacy

The Nature Trust promises to protect our conservation lands, including the Mabou Highlands, in perpetuity. With all these new lands under our care, we are also seeking volunteers to help with the ongoing monitoring and stewardship of the Mabou Highlands and over 100 other Nature Trust protected areas across the province. Contact us at (902) 425-5263 to find out more.

You can also play an important part in this fantastic coastal conservation legacy by making a charitable donation in support of the Mabou Highlands.