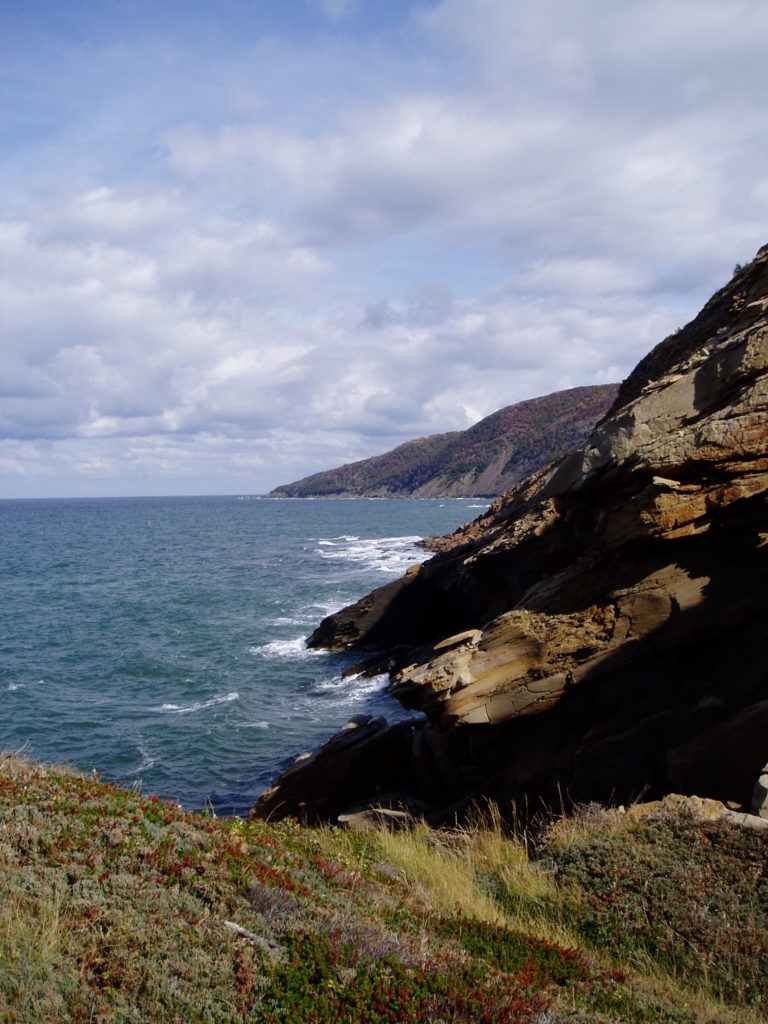 Scenic cliffs of the Mabou Highlands.

This year in the Mabou Highlands of Cape Breton, the Nature Trust has secured the largest protected area in our 25 year history. But behind this success story is a long and arduous journey of hurdles and delays — an impossible feat without the herculean efforts and generosity of this year’s Nature Trust Conservation Award recipient.

The story began when a group of Americans fell in love with the unspoiled scenic and culturally rich coastal landscape they discovered in western Cape Breton in the 1940s. Seeing the relentless development escalating back home, they had the foresight to buy land in Mabou, with the intention of protecting it, long before land trusts even existed in Canada. They encouraged friends and family to buy adjacent parcels, keeping one of the last undeveloped coastlines in Cape Breton intact.

Just over 20 years ago, they discovered that the Nature Trust had been created, and reached out for help. Together, we created a vision of keeping this spectacular landscape intact, and available for people to enjoy in perpetuity, through a complex, multi-landowner conservation assemblage. They encouraged neighbours to join them in protecting their land.  But many obstacles got in the way, and despite much effort and the best of intentions, only a few of the properties were formally protected over the following two decades. During that time, most of the original visionaries passed away.

David Rumsey quietly kept their dream alive. He had generously offered to protect his own 280 acre property overlooking Mackinnon’s Brook. But he faced major tax and legal hurdles. He waited while the Nature Trust set up a new US charity (American Friends of Canadian Conservation), built a cross-border land conservation program for Canada, and changed Canadian tax law — all in an effort to make his and other “cross-border” land conservation gifts feasible. But then after the decade it took to do all this work, other obstacles arose, and he wasn’t able to make his gift work through this new program either. So last year, David made the generous gesture of donating a conservation easement on his lands, with no tax benefits at all for his substantial gift. 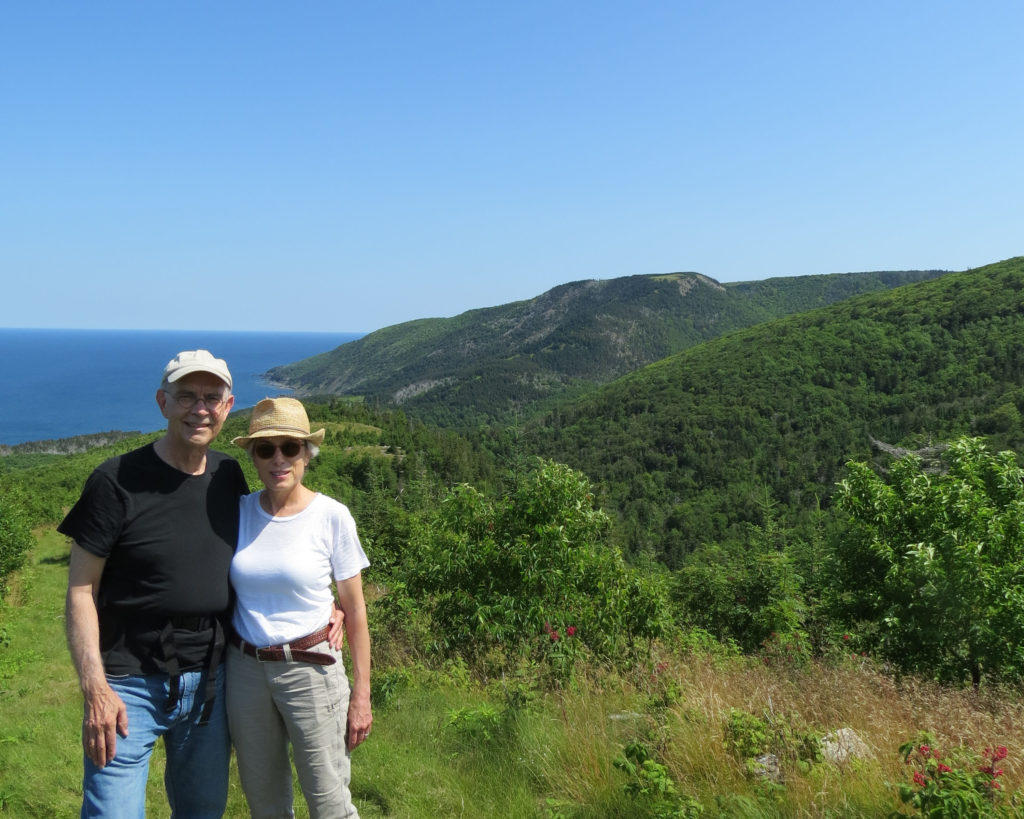 David and Abby Rumsey on the Cape Mabou Trial.

And that wasn’t all. David worried about ongoing development in Inverness and escalating land values. He felt it was urgent to act immediately to convince all the Mabou Highlands landowners to protect their land with the Nature Trust, as soon as possible! He was sure it was possible this time! Unfortunately, David’s epiphany came at the busiest possible time ever for the Nature Trust. We’d just taken on the Lasting Landscapes campaign — needing to raise huge dollars and save  multiple properties, in just a few months. We were unbelievably stretched, and we didn’t quite share his unwavering sense of certainty that we’d succeed in protecting such a vast wilderness in the Mabou Highlands. Undeterred, David offered to reach out to all the landowners himself.

With his enthusiasm, passion, and by leading by example, David inspired many of the landowners in the area to agree to the idea of protecting their land — a feat we’d been trying to achieve for over two decades. Then, knowing conservation staff were swamped in other land deals across the province, David offered to step in again, this time to volunteer as our lead conservation land negotiator and deal-maker. 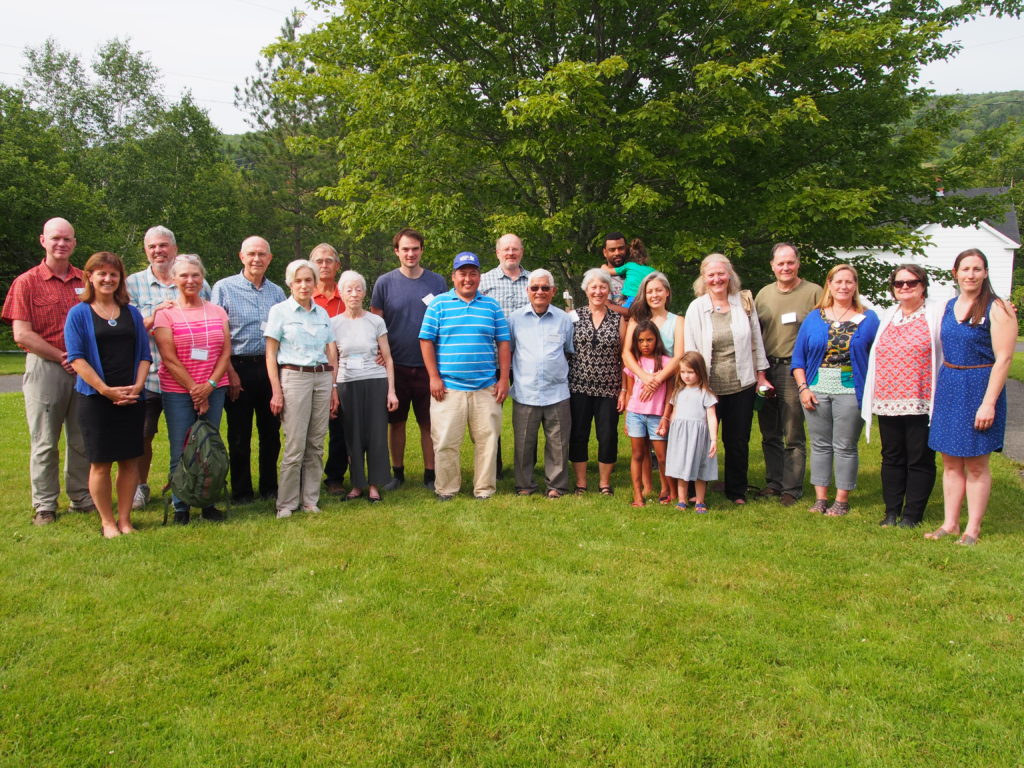 Mabou Highlands landowners gathered at a Nature Trust property celebration held at the end of July this year.

Retired from a highly successful career as a developer (he’s also an artist, map collector, and many other fascinating things), David expertly negotiated property deals, solving complex, technical cross-border issues and dealing with the challenges and sensitivities that come with families and their land. It was a volunteer effort beyond anything we’ve seen in our 25 years of conservation!

Thanks to David’s incredible efforts and steadfast determination, we now had the potential to protect significant, contiguous coastal wildlands. But then there was the money — we needed funding to execute all these land purchases and to provide for their future care and stewardship. Yet we were already in the midst ambitious fundraising efforts for other projects across the province. Seeing the challenge we faced, but also the incredible opportunity he’d created, David and his wife Abby generously stepped up yet again, offering to donate over $600,000 to make everything possible. So with David at the helm, everything miraculously fell into place. 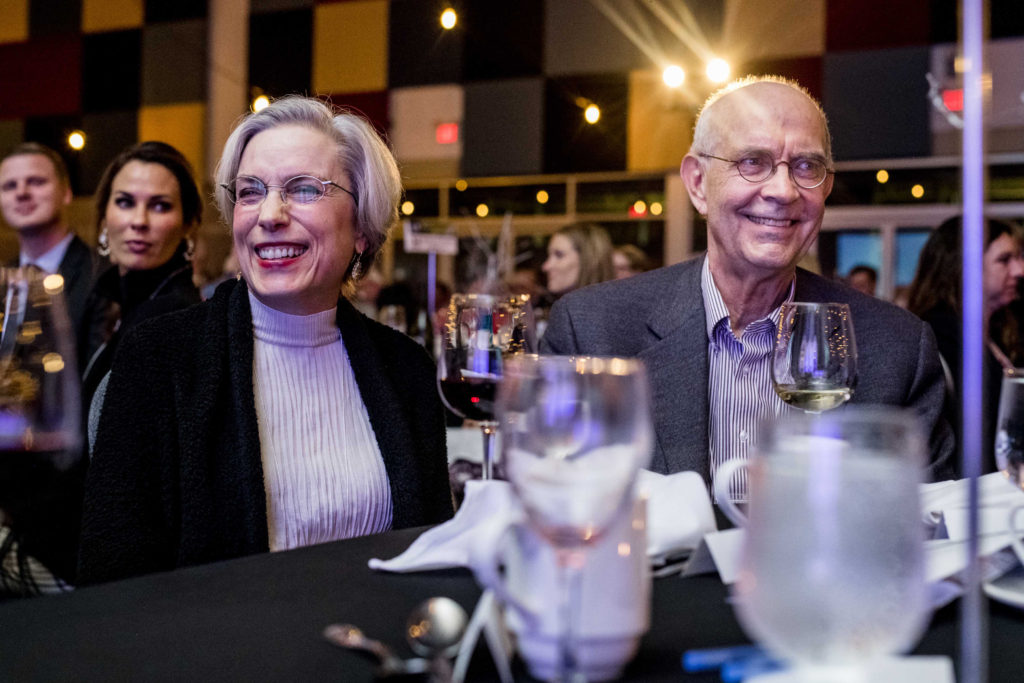 In all, we protected 11 new properties, consolidating a 2000 acre coastal preserve! The Mabou Highlands Conservation Lands protects an incredibly beautiful landscape of sea cliffs and meadows, rich hardwood forests, beautiful highlands, steep-sided ravines, and a world-class hiking trail system. Now, thanks largely to David, it is all protected forever.

Recently, the Province announced Wilderness Area designation for the adjacent Crown lands in the area, creating a combined vast coastal wilderness of almost 6000 acres. And now three more families have offered to add their lands — so the momentum David created continues to grow. 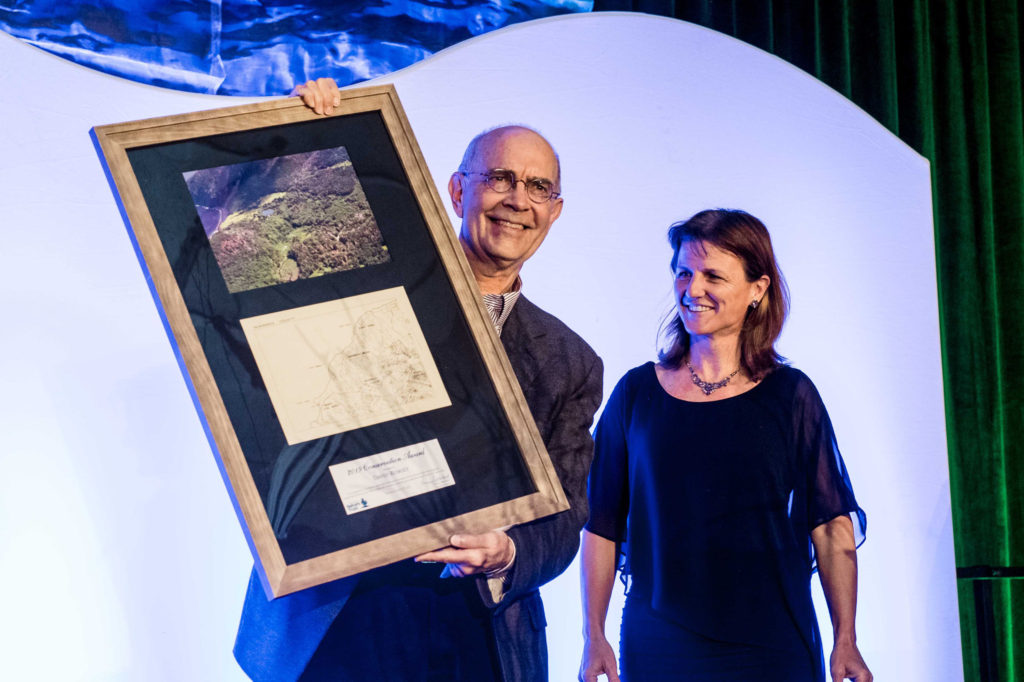 The Nature Trust Conservation Award was created to recognize individuals demonstrating an outstanding dedication to protecting Nova Scotia’s natural legacy.  David’s contributions are clearly beyond outstanding. His incredible generosity, passion, leadership, and amazing commitment of volunteer time and energy are truly inspirational. He brought a long-held land conservation dream for the Mabou Highlands to fruition, protecting an incredible natural legacy for Nova Scotia for generations to come.

Thank you David for your passion, generosity, tremendous volunteer efforts and leadership! 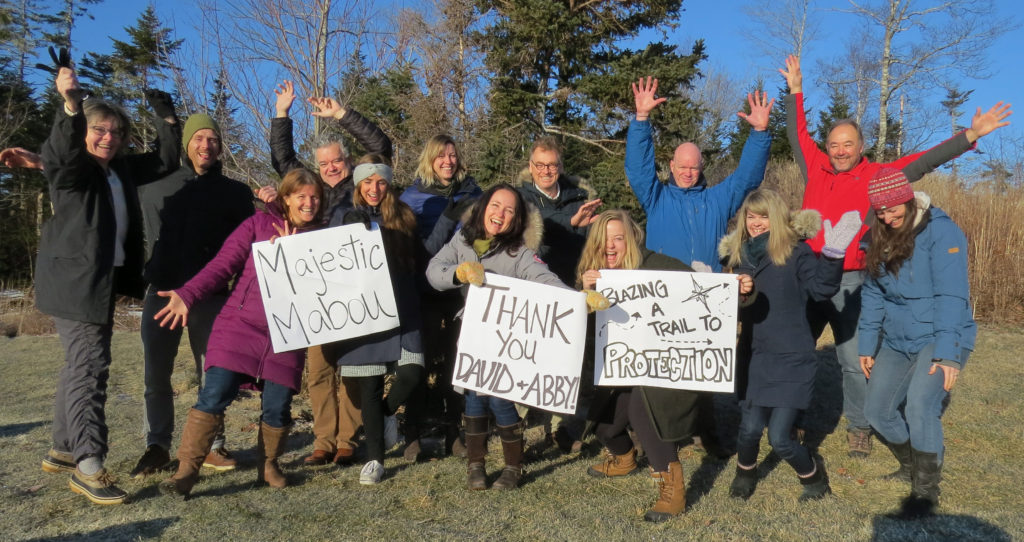 The Nature Trust staff overjoyed by the hard work and generosity of David & Abby Rumsey.