With a lifetime spent in the health sciences field, Richard and Grace Beazley knew they wanted an active retirement—doing something healthy and physical in the outdoors. That decision, made almost 20 years ago, opened doors and opportunities they might never have expected. 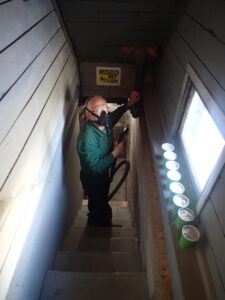 Richard fully equipped and headed into the basement at Nature’s House.

“Well, we certainly didn’t expect to find ourselves clearing out a dusty old basement!” Richard laughed. He recounted the story: “The Nature Trust had moved to Nature’s House, and in the rush of the move a lot of things had been put into the basement. Everyone knew they had to put aside some time to get down there and get things organised, but with the vital work going on upstairs, it didn’t happen. I was in the office one day when Christina was talking about the basement, so I said Grace and I would take on the clean-up as a winter project. We spent a total of 142 hours down there – that’s four weeks full time work that didn’t get diverted from land conservation.”

The Beazleys desire for an active retirement led them to become Property Guardians, first at Purcell’s Cove and later at Meander River. “There were too many Guardians at Purcell’s Cove,” Richard explained, “So we asked about other properties needing a Guardian. We were introduced to Meander River and fell in love with the place. We were Guardians there for nine years, and we even recruited our own successors when age demanded we move to a less risky venture.” 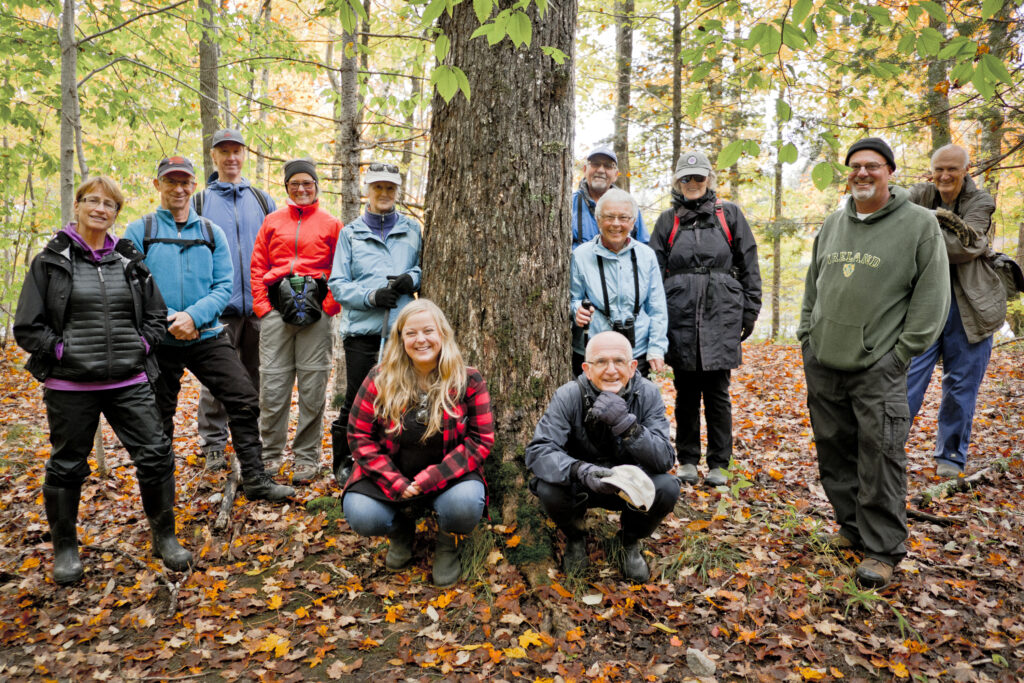 Over the years Richard and Grace have been active volunteers in many ways. They frequently support mailings, stuffing envelopes to send to existing and potential donors, and for many years they have supported the Annual Dinner as attendees, volunteers and donors.

“I’m often actively involved in the set-up,” explained Grace, “But one year we wanted to do something different. We wanted to support the auction, but we didn’t have anything to donate. We were chatting one day when Richard had an idea for a guided hike.”

Richard continued the story: “A few years ago Grace had bought me a book on Nova Scotia Waterfalls thinking we might explore a few. Well we did – we explored them all. In fact it became something of a hobby for us. I said, ‘Why not organise a hike to a number of the falls and include lunch and transport?’ The item was very popular and sold for significantly more than the cost of food and transport we donated – but there’s more. We contacted the people whose bid was second-placed and invited them to join us for our reconnaissance trip. They came along, and then made a donation equal to the winning bid!” 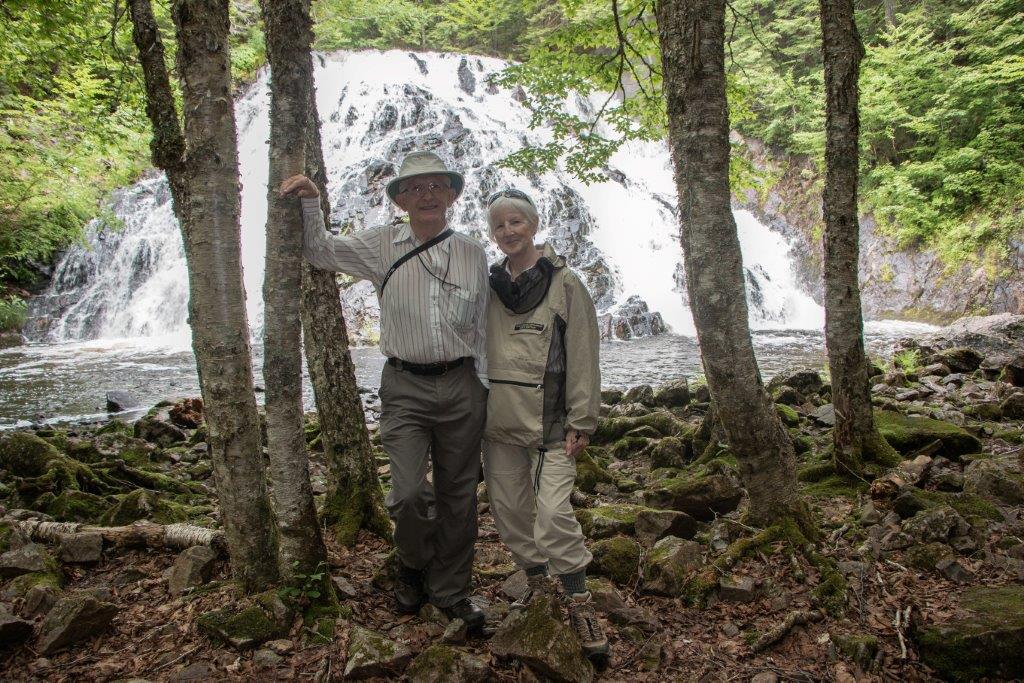 “We find it very satisfying to volunteer with the Nature Trust,” said Richard. “They are very conscious of their volunteers and they treat us very well.”

The Beazleys have also been long-time financial supporters of the Nature Trust, starting in 2001 with annual gifts before switching a few years later to monthly donations. “Monthly donations just make so much sense for anyone on a budget,” said Grace. “We started off at $10 a month, then over the years we increased the amount by $5 at a time. We were at $25 when Richard had an idea to celebrate the 25th anniversary of the Trust. He suggested we double our double our monthly gift. This is such an incredible organisation that we wanted to make them a priority in our giving.” The Beazleys chose to donate their funds unencumbered, allowing the Nature Trust to focus on the greatest need. “Initially, as Property Guardians we wanted to see our gifts used for stewardship,” Richard explained, “But now we see the value in allowing the Trust to determine their own priorities.”