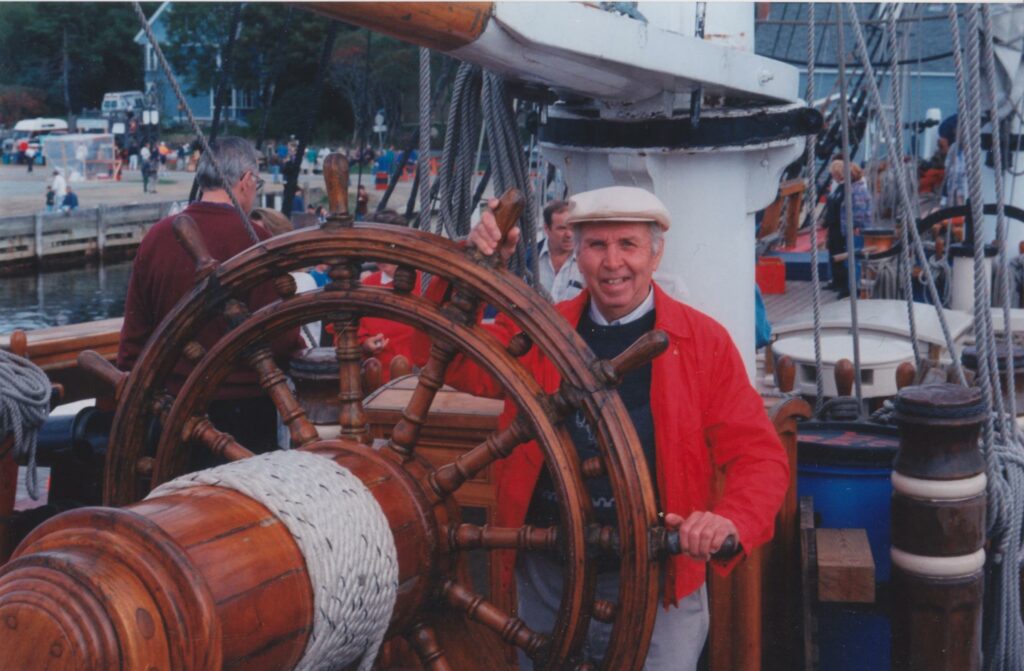 Ray at the helm of the HMS Bounty in Shelbourne, NS September 1997

In January 2020, the Nature Trust was notified of a generous bequest from Victor Ray Titterington who had left his entire estate to support the work of saving Nova Scotia’s wild places. People from all over the world were captivated by the photos of his fanciful carvings, home, and greenhouse full of cacti. Many wondered about Ray’s past and what had inspired him. Over the past year, two volunteers have painstakingly gathered the story of Ray’s life, and the gift that will build a wonderful legacy. His life story will be shared in a three part series—Part 1 is below, and Part 2 and 3 will follow in the weeks to come.

An Introduction from the Authors

Victor Raymond Titterington, Ray to his friends, lived year round in Port L’Hebert, Nova Scotia for the last 24 years of his life. He lived alone. He had no family in Canada, but he did have a few close ties to those in the community. Port L’Hebert is a very small but tight-knit locale on the South Shore of the province. It is a place where neighbours look out for each other.

Ray’s home sat on the edge of the ocean, at the end of a 500 meter driveway off a side road of Port L’Hebert. It was a unique home that was designed and built by Ray over a nine year period from 1990 to 1999. In the shape of hexagons, the north end of the house provided the entrance into what was his fully equipped workshop full of tools, equipment, wood and lots of sawdust. A door at the other end of the workshop opened directly into what was his bedroom, with carvings and wooden animal statues placed around the room and bed. This room led into a living room with a hexagon shaped kitchen off to the left. On the south side of Ray’s home, in a hexagon shaped greenhouse, were some of his prized possessions: cacti, succulents and more carousel animal carvings suspended from the rafters. (You can tour his house via the Nature Trust blog “Unique Bequest for Nature” which provides a link to a ‘virtual tour of his whimsical home’). 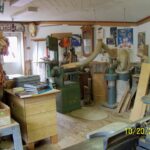 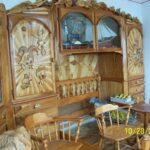 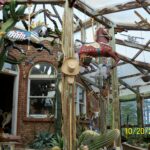 Prior to his death in January 2020, Ray made sure he had all of his papers in order, including his will, in which he bequeathed everything he owned to the Nova Scotia Nature Trust. Ray loved all aspects of nature, and so his generous legacy will live on in the projects of the Nature Trust, and in the natural wild spaces in Nova Scotia that will be protected forever thanks to his gift.

During the course of 2020, the home and garden needed to be cared for while the Nature Trust settled the estate and readied the house for sale. As part of that process, we were contacted for a special volunteer assignment! Would we camp in Ray’s home for a couple days per week to add a presence there and help with the cleaning and care of the home? We accepted this unique adventure with anticipation. This opportunity offered us our first introduction to Ray’s life. As we helped prepare the greenhouse and home, questions kept popping up in our minds, the most important of which was: who was this man who lived alone on the edge of the ocean and created all of these magnificent carousel sculptures and carvings? The house design was most certainly built for a bachelor, as the kitchen was minimal, with no cooktop or oven, but that spoke to only one aspect of him. His vast collection of tools, photos, non-fiction books and music started to tell of a person who was curious and intelligent, yet we knew there was so much more still to learn. If he had no family, and his friends were few, who would share the story of this multifaceted man?

Before his house sold in early November 2020, we visited a number of times to camp, clean and keep an eye on the property.  Questions continued to flood our minds:  why did Ray move to Nova Scotia?   What inspired all of his carousel and circus-like creations?   Why did he decide to donate all of his estate to the Nature Trust?   Since our curiosity was already piqued, we volunteered to write a more detailed story of Ray’s life through the lens of his photo collection, and the possessions he surrounded himself with.  We coupled that with contacting long-lost friends in Ontario as well as some of his close neighbours in Port L’Hebert.  We knew we wanted to do our best to honour his memory, not only because of the donation of his life’s effort to the Nature Trust, but also because we had become part of his global family without ever having met him.   His creativity pulled at us and made us want to know more about this intriguing man.

Ray’s story captured other people’s imagination too. Media, like CBC and CTV, ran stories about this generous bequest.  Subsequent online posts about Ray’s home and carvings went viral with nearly 200,000 people around the world seeing, liking, sharing or commenting on Ray’s home.

So who was Victor Raymond Titterington?

Ray was an only child, born May 12, 1928 in Preston, Lancashire, England to Leo (sometimes referred to as Vic Sr.) and Florence (Florie) Titterington.  Although we don’t know much about their life in England, we do know that they set sail for Canada on the SS Athenia on April 20, 1929, bound for a new life in Peterborough Ontario.

Leo had been a soldier in WWI, and trained as a machinist after the war.  The move to Canada offered a new life, but then the Depression of 1929 struck.  From their experiences of the First World War and the Depression, the family learned the concept of frugality, using everything they had in multiple ways, and working with their hands to build that which was important to them.  Times may have been tough, but for the Titterington clan, this forged the hearts of survivors.

Ray and his family lived in many different houses while residing in Peterborough, but always to the south of Landsdowne Street, in an area that was not part of Peterborough until sometime around 1944.  This was indicative of the Titteringtons’ draw to more rural settings, and of their desire to live simply.

During his early years in Peterborough, Ray attended Confederation School, and did all of the usual fun things with his school-age buddies, including fishing, swimming and boating in the summer, and skating in the winter.

Ray certainly had friendships throughout his life, but they were few; he focused on quality, not quantity. The one common factor for the friends he did have was their intelligence.

In 1938, Leo and Florie bought a new home on 623 Lock Street, which was just north of the Otonabee River in Peterborough.  This location was once again in an area sparsely populated with homes.    World War II hit in 1939, and Leo went to work as a machinist at Canadian General Electric (CGE) to support the war. He later moved into the role of shipper, before becoming an inspector.

Ray entered the Peterborough Collegiate and Vocational School (high school) during the war years.  To meet the demand for workers to support the war effort, anyone sixteen and over was allowed to work in the factories after school and on weekends, which Ray did by making aircraft instruments at CGE.  This undoubtedly influenced his work ethic and imagination.  Even while working evening shifts, Ray’s 1944 Grade 10 report card indicated that he excelled at math, science, history and geography (and was average at English and physical education).   In 1945, he won the 2nd Morrow Scholarship in Industrial Arts 11. 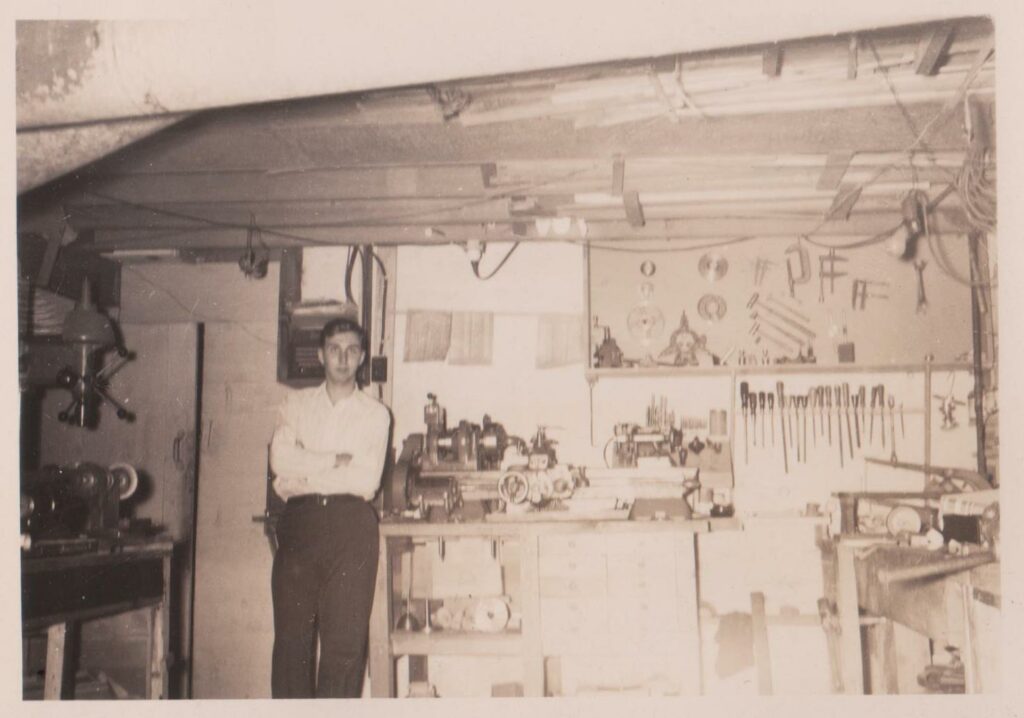 Ray in an early workshop

Ray at home with his airplane models

Industry was booming, and the sky over Ray’s Peterborough home was busy with traffic heading for the war on the other side of the ocean.  His imagination and passion for aircraft were kindled by this –evident in his room with numerous airplane models on the walls.  It was during this time that he also became a member of the Peterborough Air Cadet Squadron 164.  His interest in aviation continued throughout his life, as was revealed by the many books he kept on aviation in general, and on how aviation played a part in the war.

Ray in his Air Cadet uniform

Before and after the war, Ray and his parents travelled around Ontario camping as a means to enjoy the great outdoors and to do some fishing.  These camping trips later expanded to include trips south to the United States and Mexico.   The family especially enjoyed getting away during the winter, and frequently visited Florida and the Midwest during the colder months.   Ray’s interest in photography started at a very young age, and is very evident by this time.  With his natural artistic talent, Ray won competitions as early as 1937 when he was only nine years old.  Travel and photography would continue to be lifelong passions, with Ray continuing to submit photos to many different photography competitions throughout his life, including to the prestigious International Salon of Photography from 1955 to 1958.

Stay tuned for Part 2 of Ray’s story—coming next week!

We would like to thank everyone who was willing to share their experiences and memories about Ray.   Your insights helped us to get to know him better, and definitely provided answers for some of the questions we had.  We also wish to thank Brian Young.  Even though we were unable to contact him, we were so thankful to be able to reference an excellent school paper he had written (in what we believe was 1988) when he was a student and interviewed Ray about his life:  “Learning about the Community, Ray Titterington”.  As far as we know, Brian was the only person to ever interview Ray, and it seemed as if Ray enjoyed sharing his life’s experiences with this young student.

Ray’s passion for photography helped document his life. He would take photos of things or events that were important to him, which we have found very helpful in constructing this biography.

It was an honour to write this story, and we hope that this first part of Ray’s story provides a glimpse into the truly unique man he was. (Note that any errors in this story are ours, and we hope that we continue to learn more about Ray by people contacting us.)

“A story told is a life lived” (Dialogue from the Outlander Netflix Series). 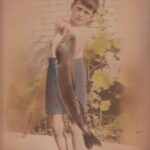 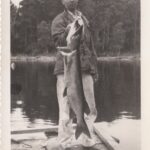 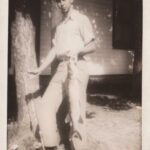 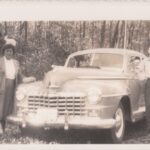 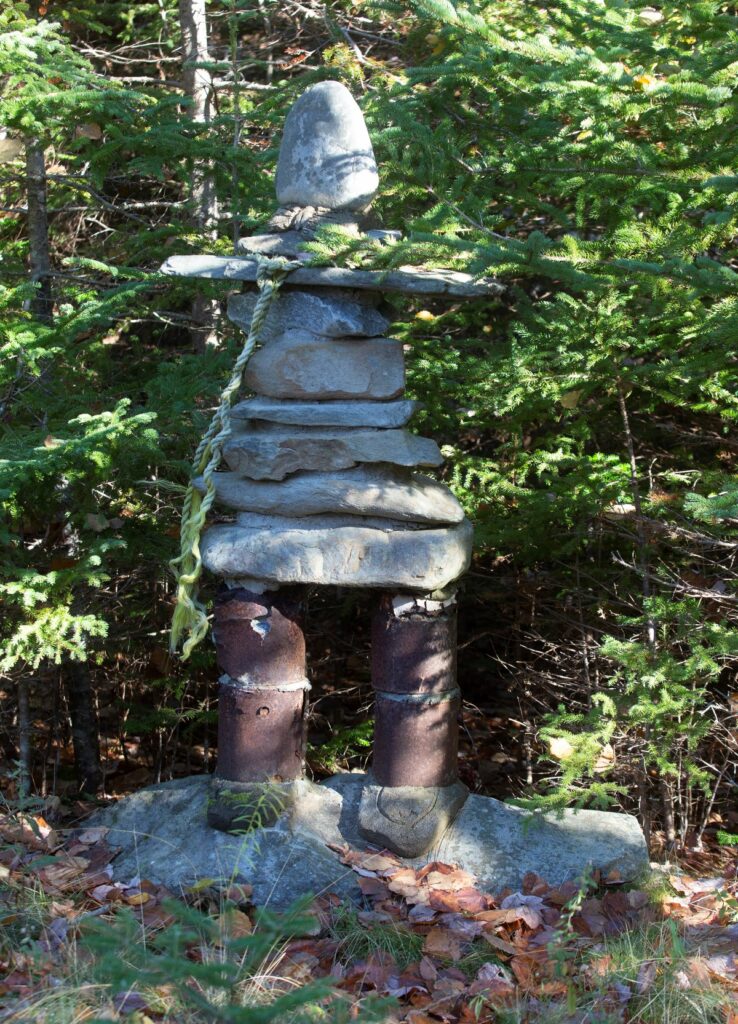 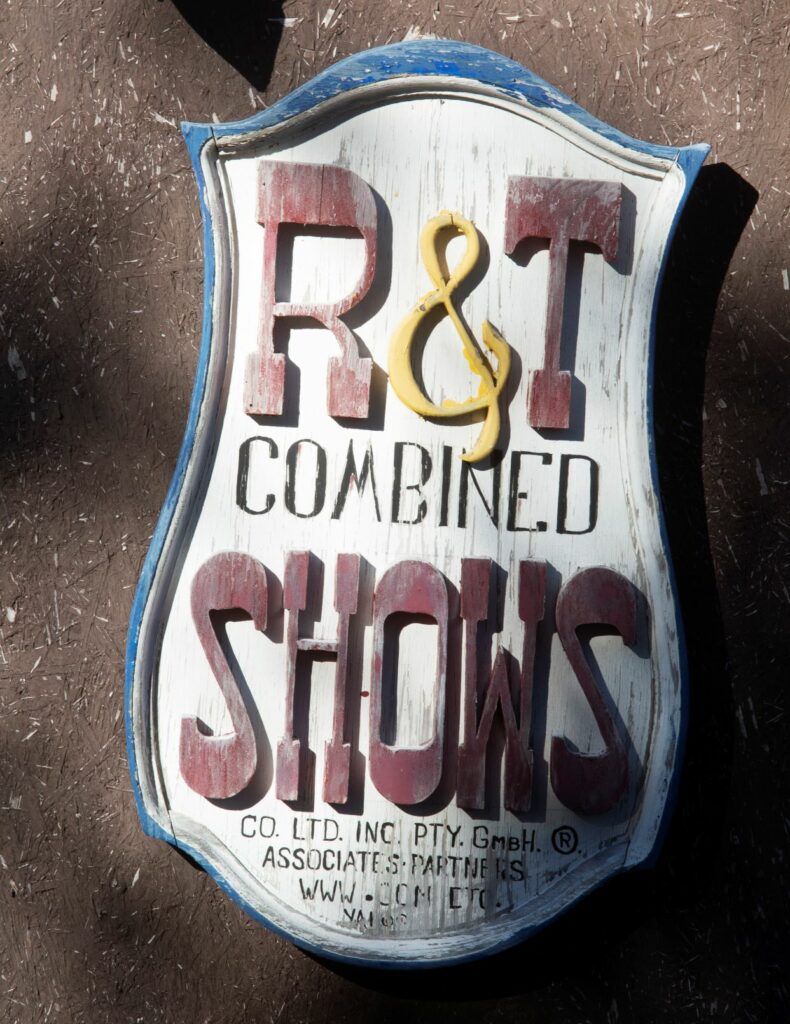 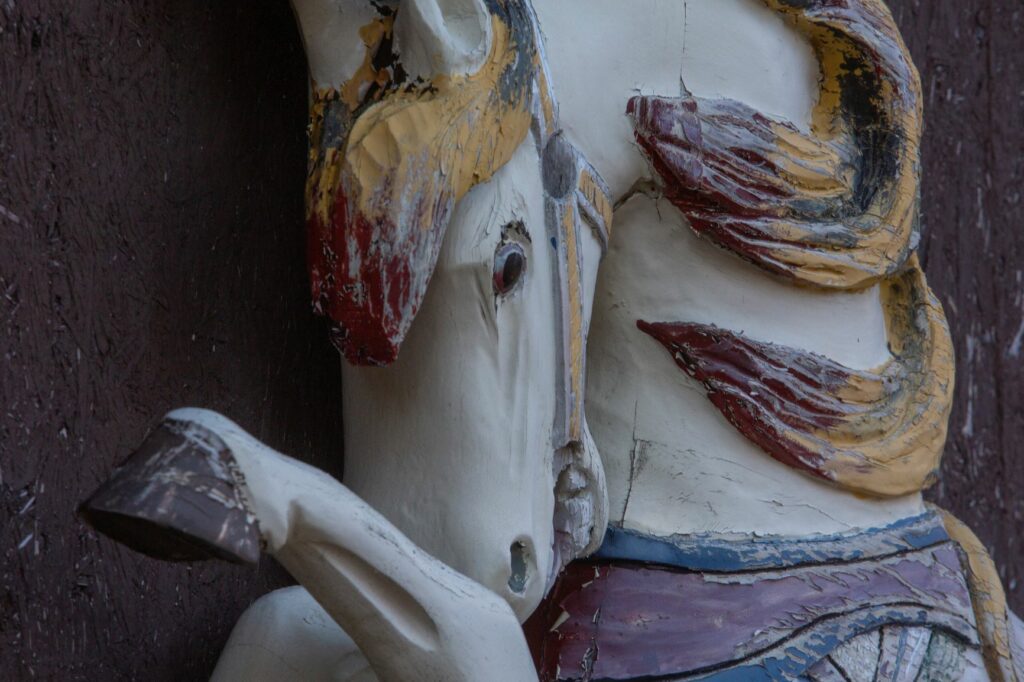 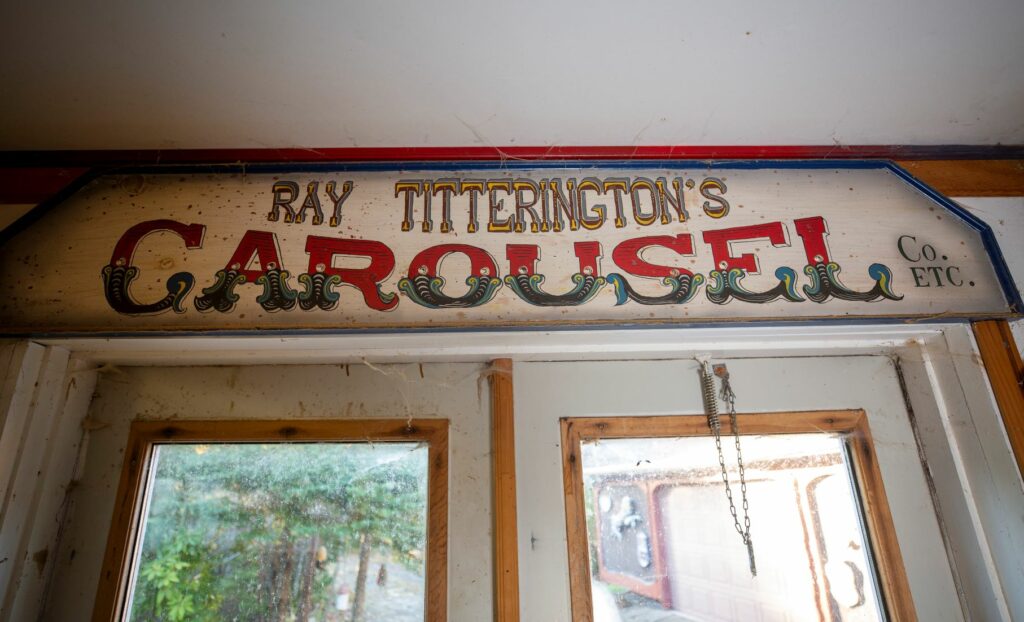 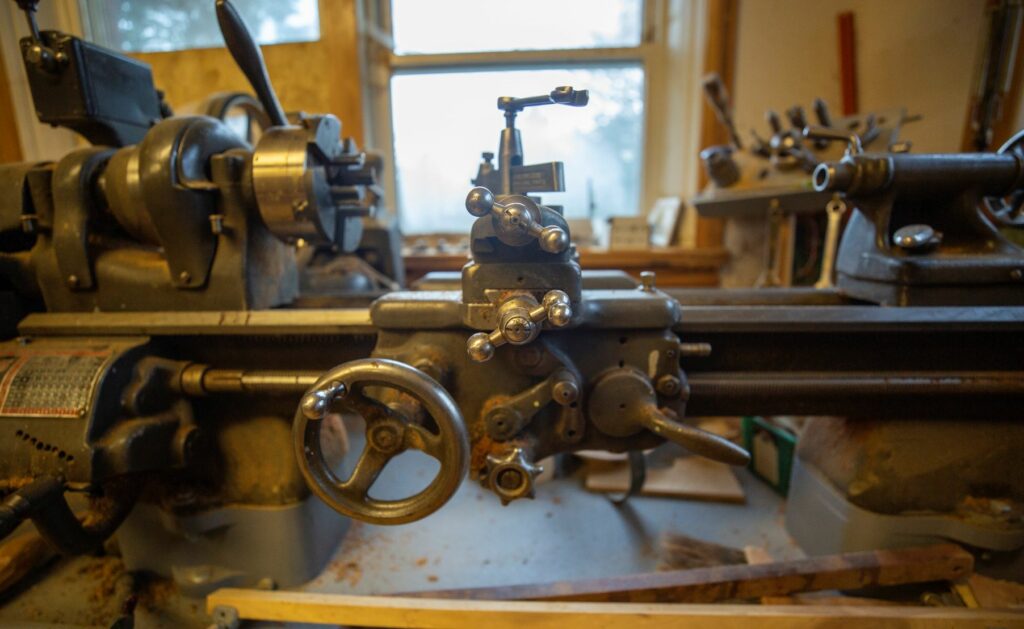 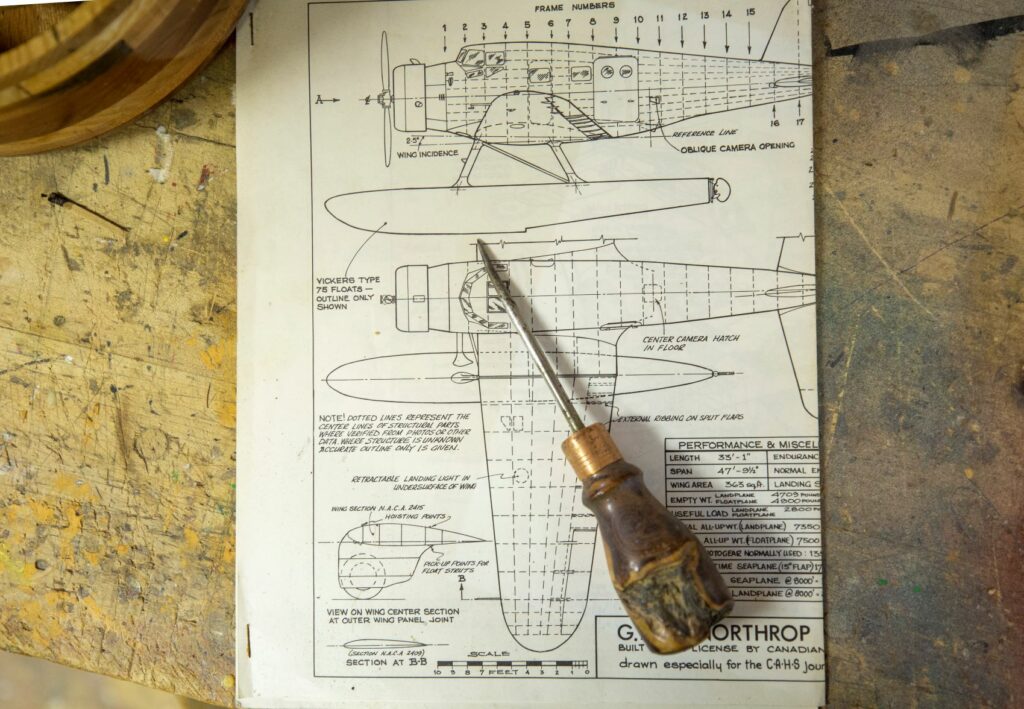 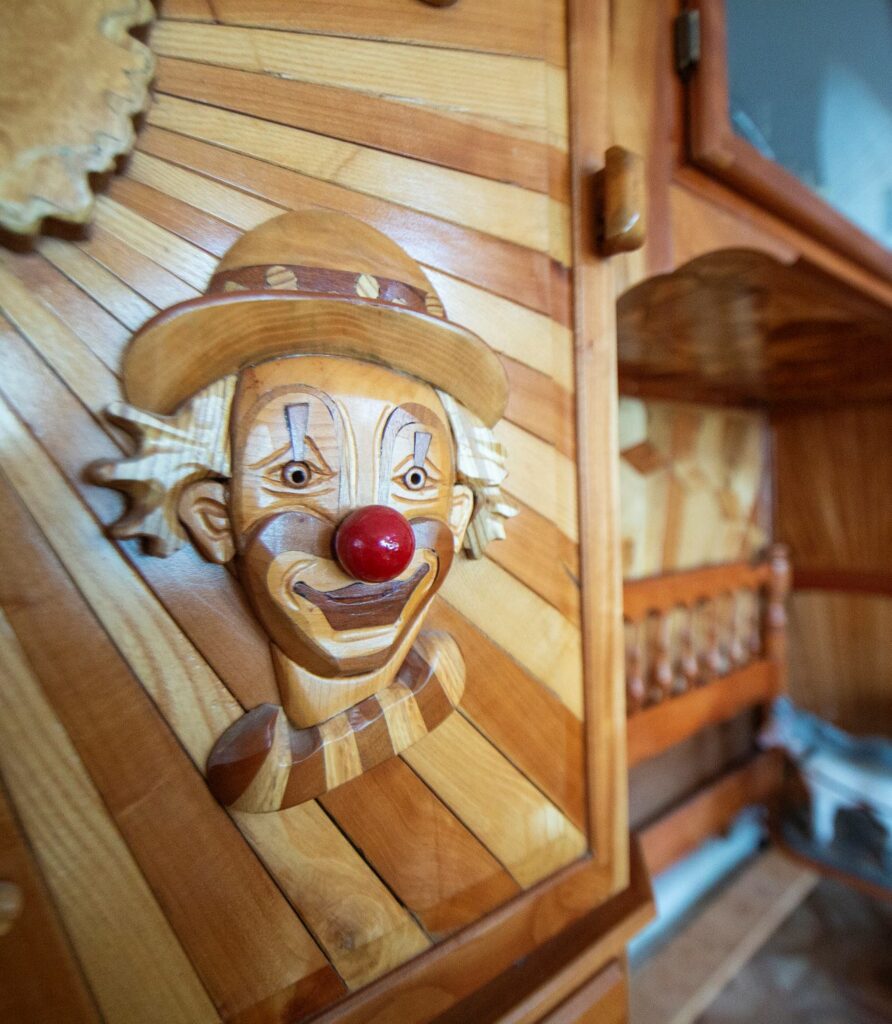 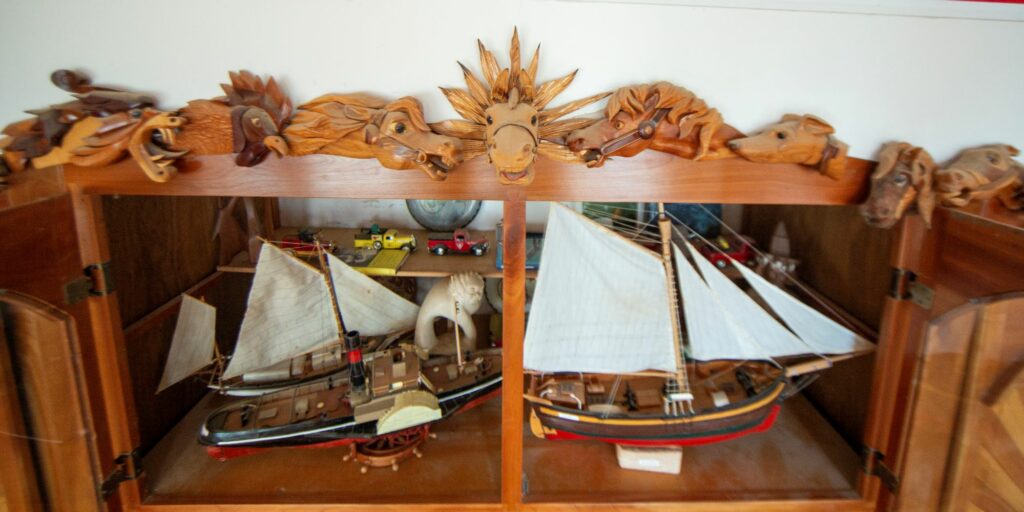 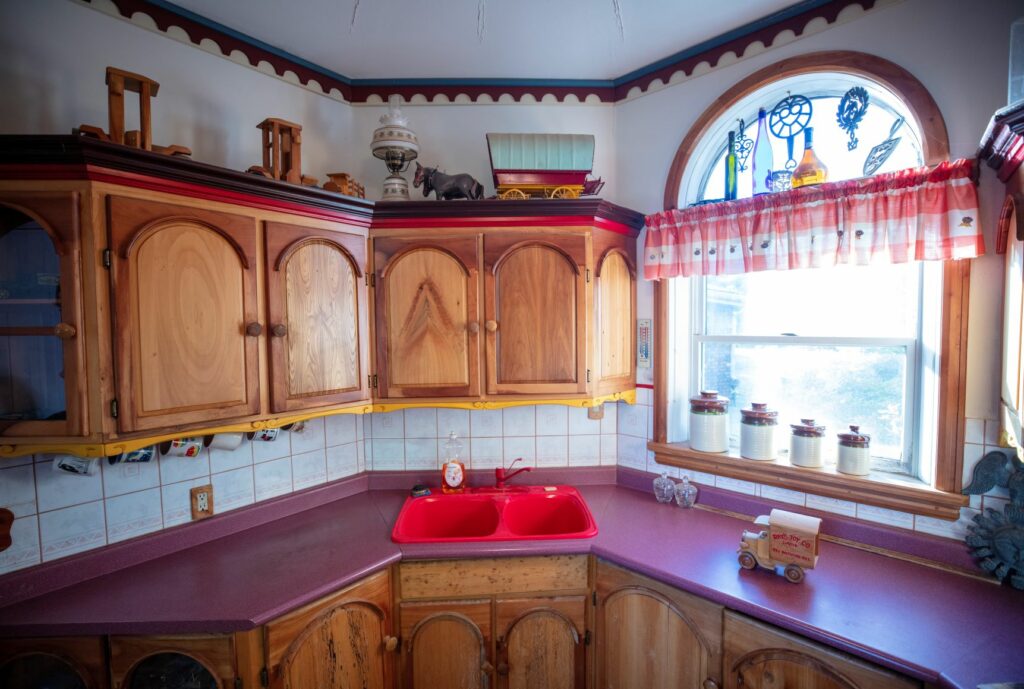 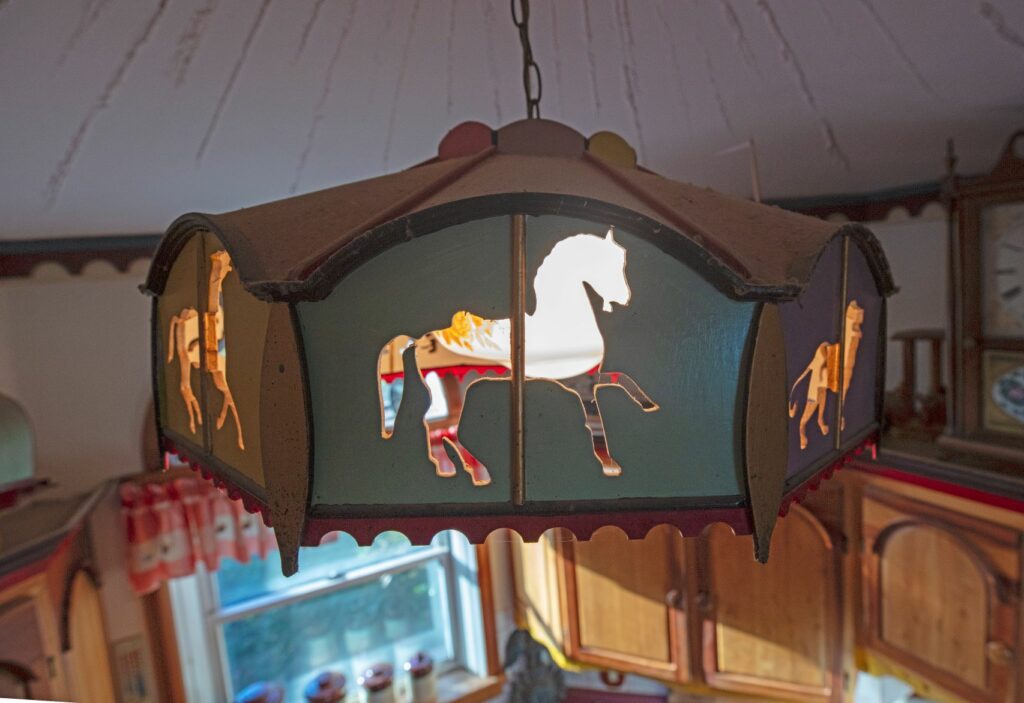 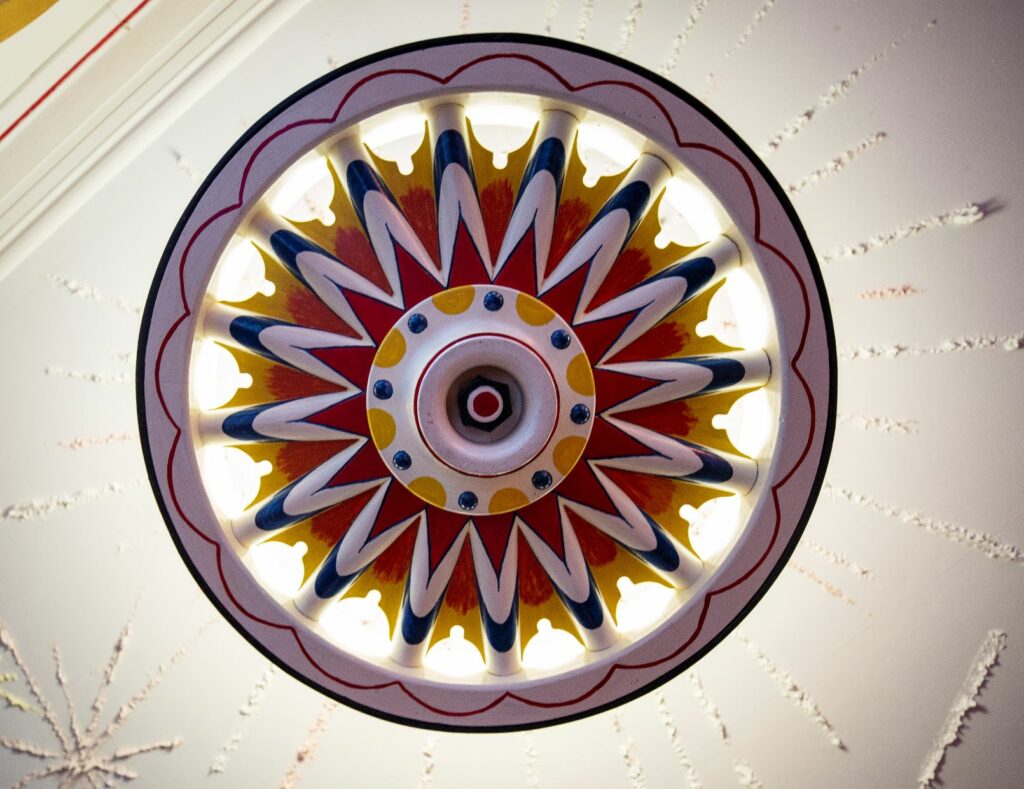 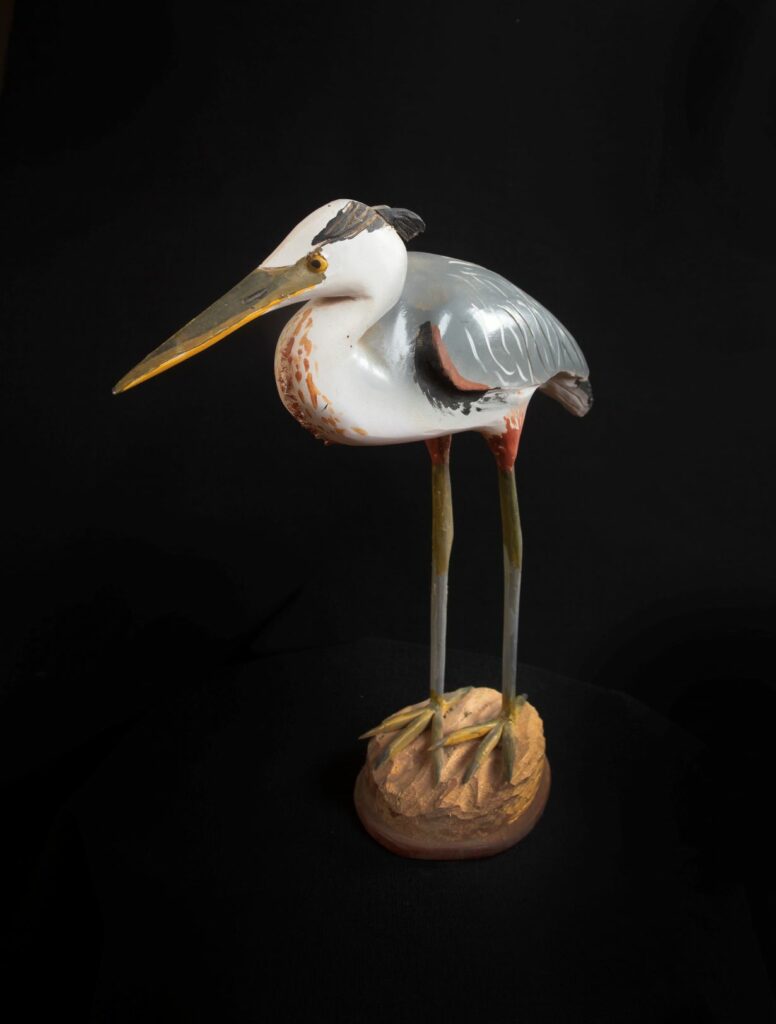 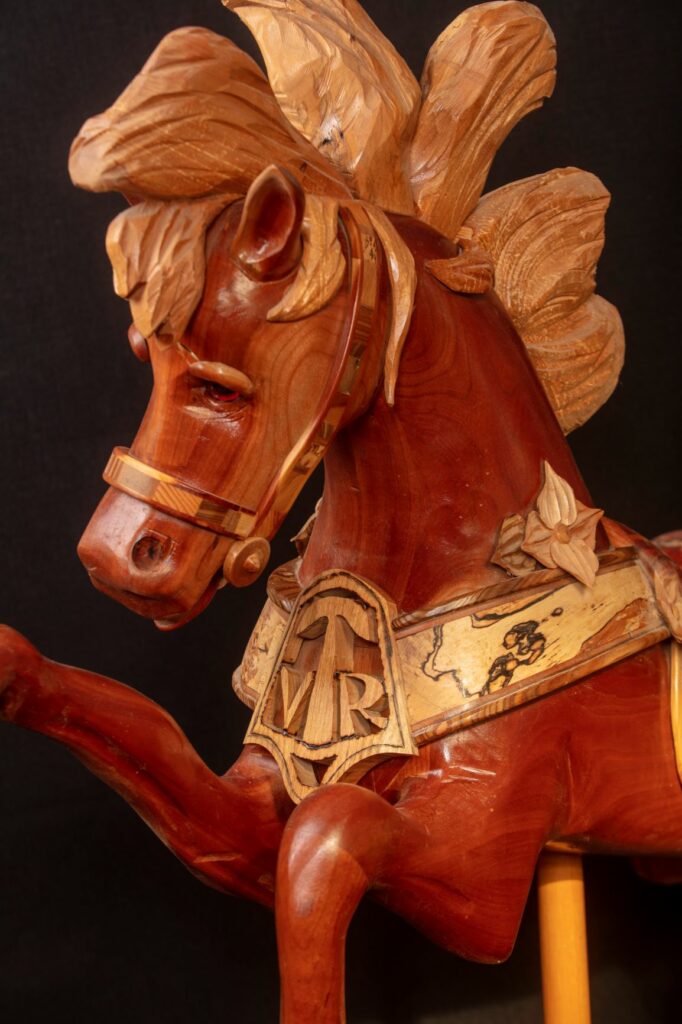 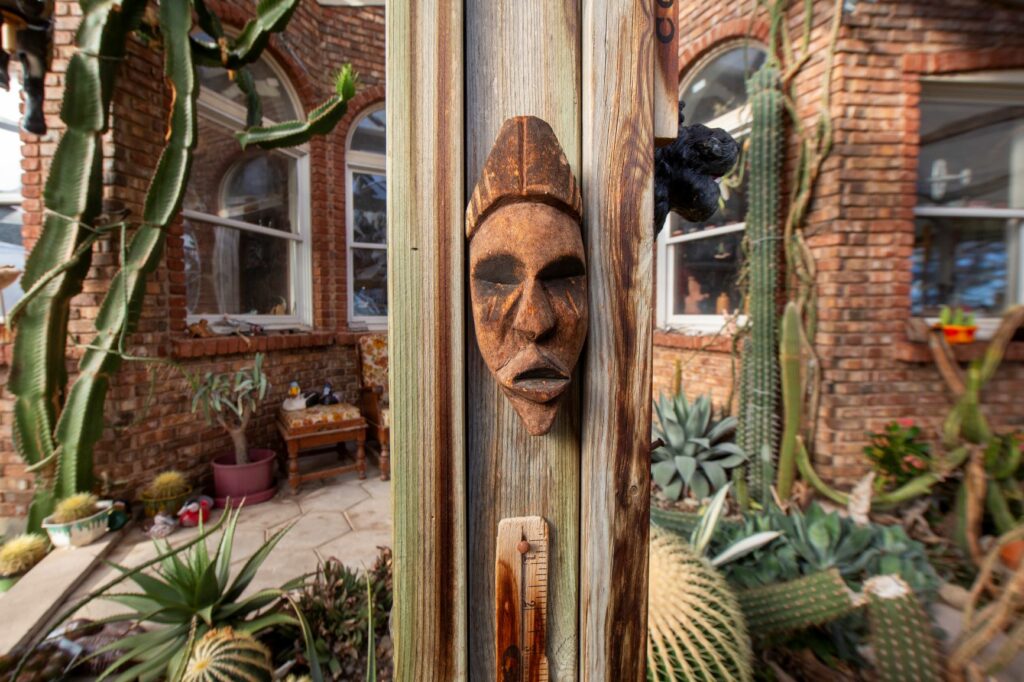 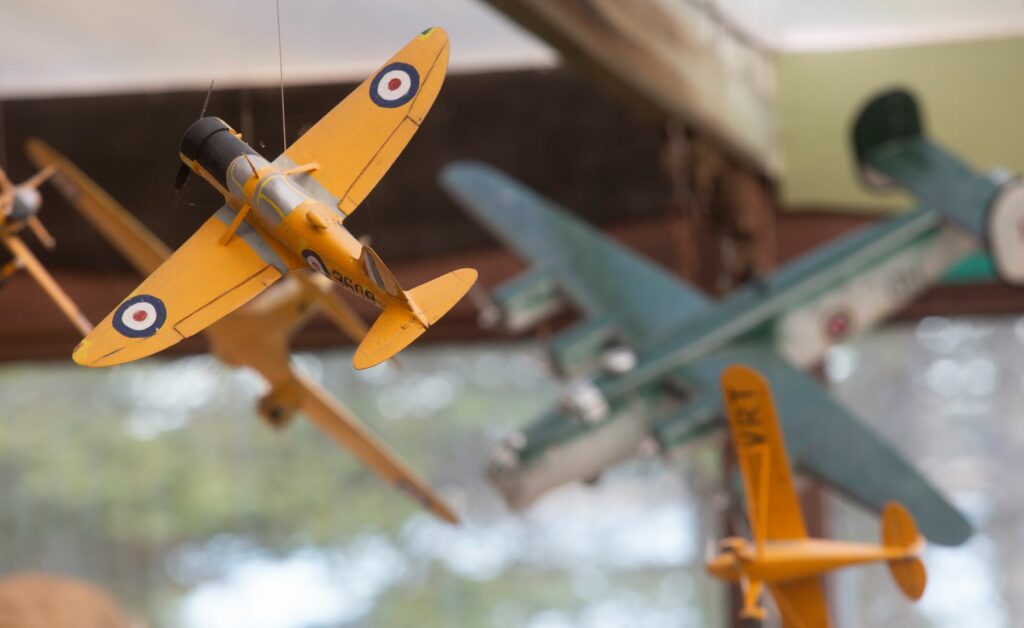 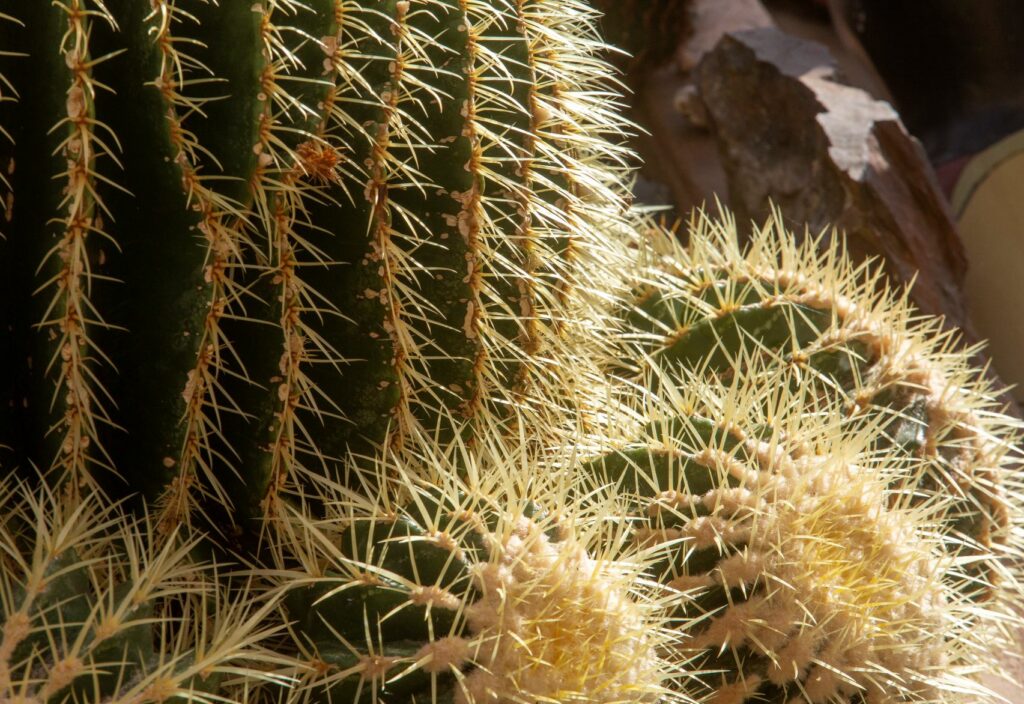 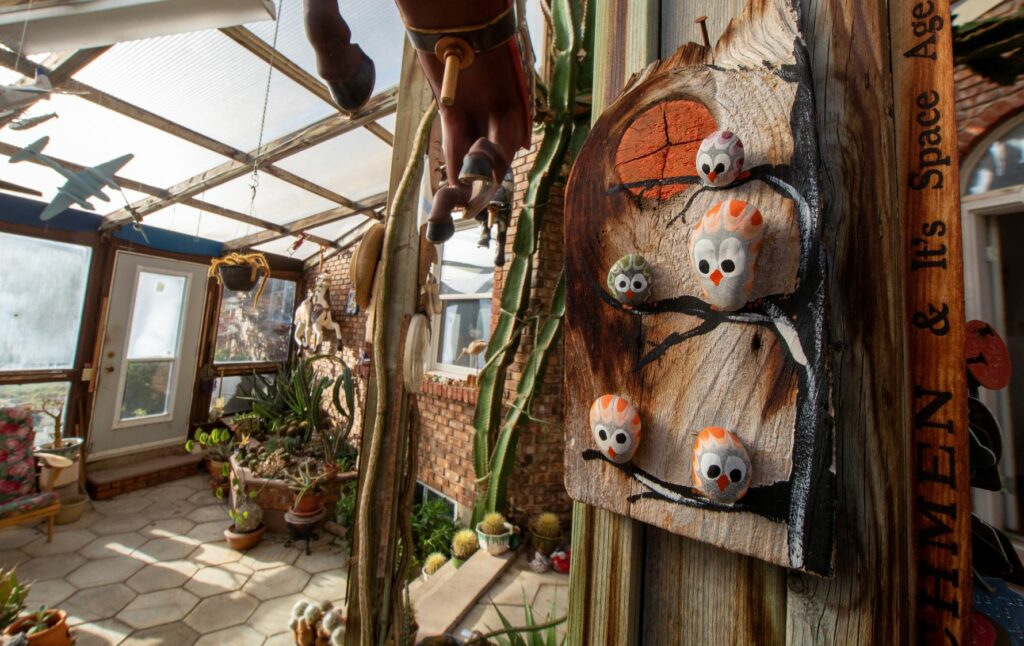 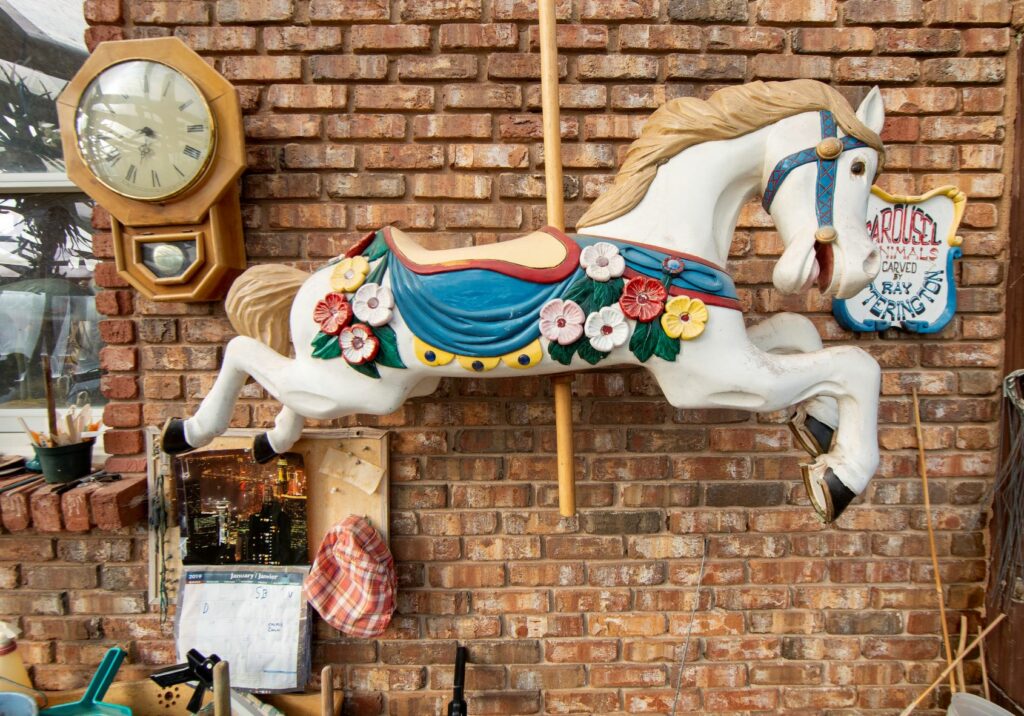 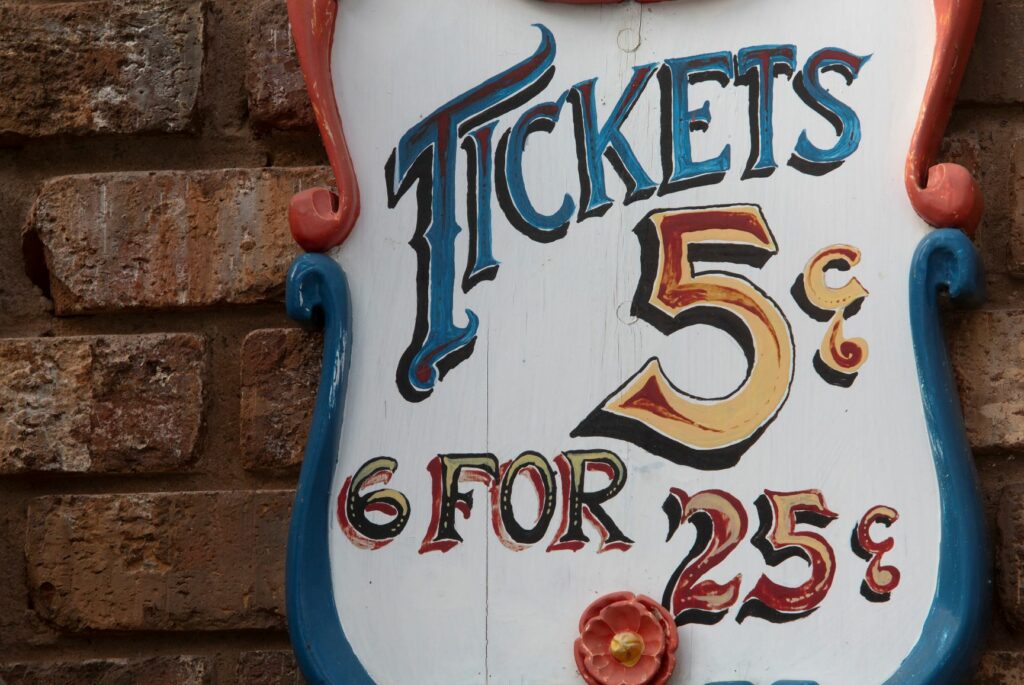 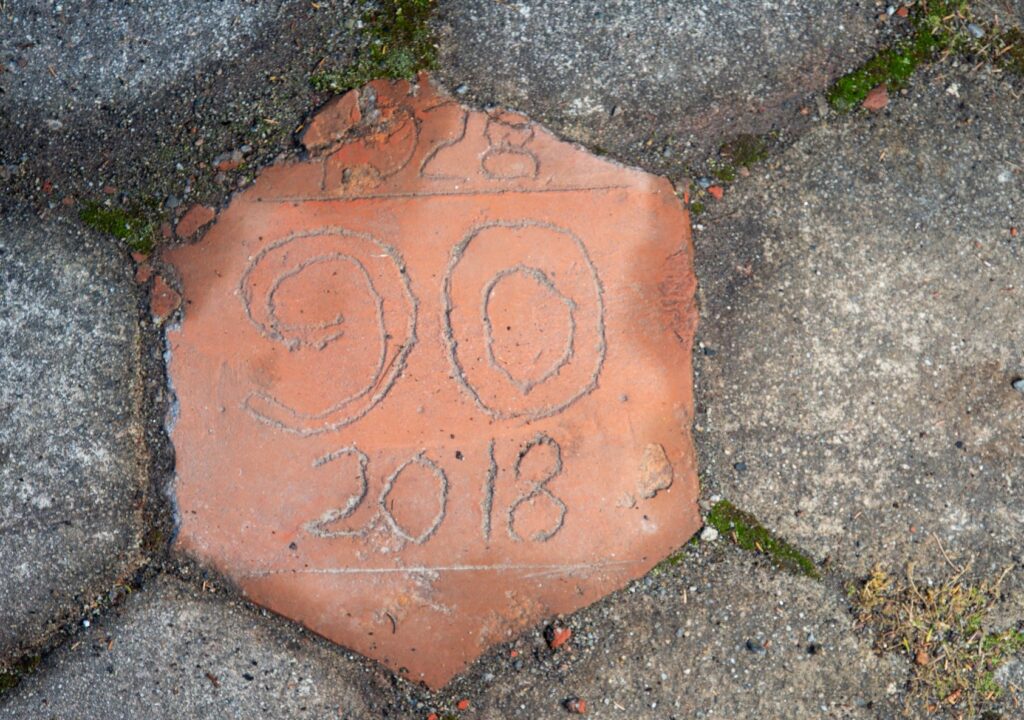 If you are intrigued by this story and can’t wait for Parts & 3, you can order a beautifully designed booklet version of the complete story of Ray’s life! Visit the Nature Shop to order your electronic copy.