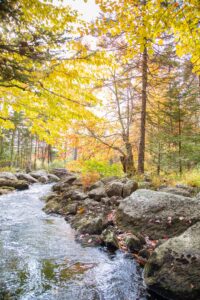 The Blue Mountain wilderness connector is a 560-acre property at the heart of the Blue Mountain-Birch Cove Lakes, a huge wildland within Halifax Regional Municipality.

It’s now protected, forever. The culmination of years of work and hundreds if not thousands of individual and community efforts, the protection of this land represents a major win for nature. But this win wouldn’t have been possible without the support of the land’s former owners, Robin Wilber and M. William Fenton, Sr. (Bill), who saw the true value of their land and didn’t hesitate to make this donation as a gift to their community, on behalf of generations of family.

The property we now call the Blue Mountain Wilderness Connector was originally part of a 1,030 acre parcel. “My dad, Jim Wilber, and Bill Fenton’s dad, Myron Fenton, had a sawmill in that area, on Maple Lake, and they purchased this land and managed the forest,” says Robin Wilber. “So it’s been in our two families since sometime in the 1930s. When our dads passed away, we took over.” At that time, explains Robin, the property was much more remote than it is now. “For present day residents, it’s hard to imagine that it was out in the wilderness, but when I was a kid there were no houses around, virtually no development, it was just timber land out in the country. None of what you see today was there. Now it’s right in the middle of Tantallon, Timberlea, Hammonds Plains, Bedford, Halifax.”

The changes in the area have been dramatic to witness – and have made the contrast with the natural state of the Blue Mountain property increasingly stark. “The land didn’t change, and its geographic position didn’t change. But development all around it grew unbelievably, and that made the best use of it change – that great piece of land is now in the heart of a major city.”

“I remember going in with my father to scale lumber at the mill on Maple Lake when I was ten or eleven years old,” says Bill. He remarks that both his and Robin’s father were very ecology-minded, cautious and careful in their forest management. They were also intentional in their decision to “let the land go its natural course.” “It hadn’t been logged since maybe the early fifties, which is a long time to leave land like that,” says Bill. “And we never really discussed harvesting it at all, we just knew that it was better the way it was.” Both lifelong outdoor enthusiasts, Robin and Bill appreciated the importance of the canoe and hiking routes that went through the property as well as the intrinsic value of its natural state. 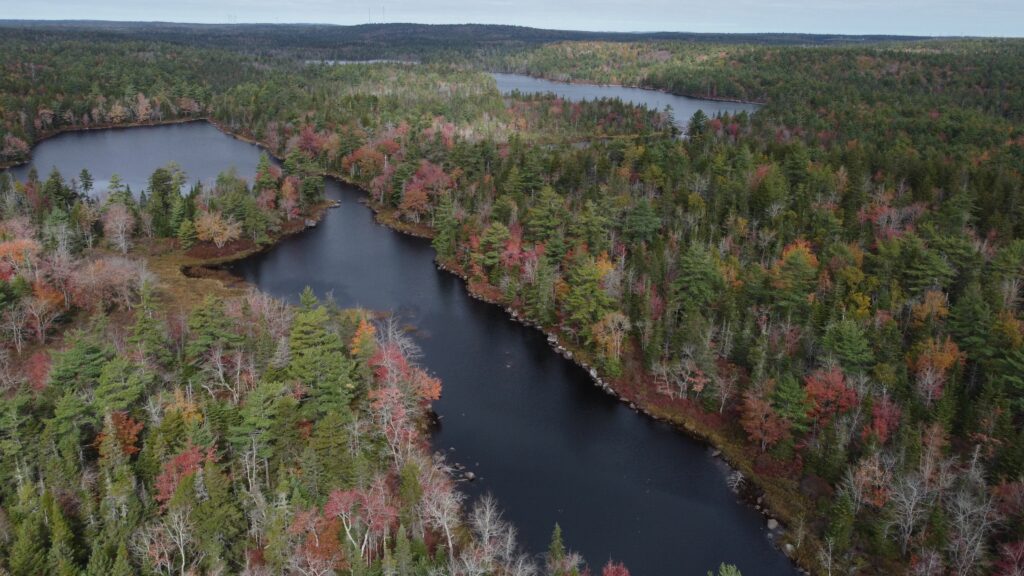 The property now called the Blue Mountain Wilderness Connector. Drone image by A for Adventure.

Exactly how the land should be used

While donating the land wasn’t specifically something Robin and Bill were planning to do, Bill knew that “something had to be done with it eventually,” and they hoped they’d have an opportunity to ensure that this unique resource could be shared beyond their families. As the years passed, they saw development begin to surround the area. They also were aware when parcels were protected on either side of them, by the Province (in 2009 and 2015) and by the City of Halifax (in 2018 and 2019). They realized that their land was the key piece of the puzzle.

So when the Nature Trust approached them to ask whether they might consider selling their land for conservation, “it was very much an automatic decision, to just say, Yeah sure!” remembers Bill. Robin adds, “It was a no-brainer to say yes. This is exactly how this land should be used.” They replied within an hour.

“We don’t look at it as parting with this land, but as sharing it with everyone for the community good,” says Bill. His son (also named Bill), who lives in the area, agrees: “It’s fantastic that we’ll be able to enjoy it for years and years to come, like everyone else.” 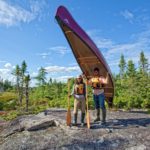 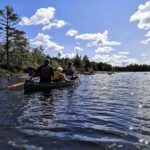 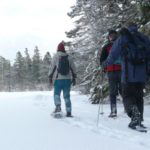 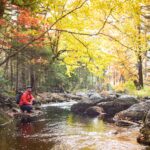 “It’s solitude, it’s quiet, it’s a beautiful place out there. It’s just lovely,” says Bill (Sr). “And it’ll be there forever. I’m very happy that the Nature Trust has it because I know they’ll protect it.” “The Nova Scotia Nature Trust need to be commended for their tenacity and their commitment to this and other projects that they have,” adds Robin.

Bill also commends the Halifax Council, who gave unanimous agreement in summer 2020 to contribute $750,000 from their Park Reserve Fund toward the purchase. He also notes the huge efforts of all of the very active citizens who have taken a great interest in the area – “all different facets of it, the streams, the lakes, the birds, the trails. Everyone was working to a common goal. I think it’s a win-win situation all around.”

Our own Central Park

The protection of the connector property is a key step in ensuring the future of this park. At a total of 2,023 hectares now connected as a contiguous urban wildland, the Blue Mountain – Birch Cove Lakes can be counted as the third largest urban park in Canada, and in the top forty in North America.

Robin sees it as the foundation of creating our own Central Park, a landmark renowned not only for the refuge it provides within a major city but also for its widespread usage by locals and travellers. “If development in HRM continues in the next few decades as much as it has in the last few decades, this park will be surrounded. Jump back thirty years and see what it was like – trees trees trees, only small housing areas here and there, if anything – and then jump ahead thirty years from now, I think it will blow our minds.” 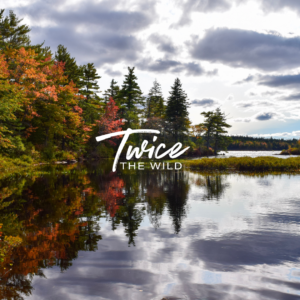 “That’ll be the legacy, I think – it’s like a living legacy, even if we aren’t around to enjoy it,” says Bill, Jr. “We won’t recognize all the benefits from it – I think years down the road we’ll start to realize the full value.”

Robin sums up his vision: “It’s a fantastic thing today – but it will be an absolutely astounding thing in thirty, fifty, a hundred years. As the surrounding area continues to develop over the next decades, the value of having such a large and wild green space within a major city will be more and more deeply appreciated. People will look back at what the Nature Trust did in 2020 and say, Look what we have today because of that.”

This Wild Blue success is a major milestone in our campaign to double the lands we protect across Nova Scotia by 2023.

Through the Twice the Wild campaign, all donations – including donations made to Save the Wild Blue – are matched four to one, meaning that each dollar donated generates four additional dollars from government and other funding partners to save nature. Learn how you can help protect more incredible places like the Blue Mountain Wilderness Connector.