While he originally hoped to become an ornithologist, John’s professional path took him instead into anthropology, where he worked with fishing communities and organizations in Canada and developing countries around the world. When he retired in 2008, he took the opportunity to return to his first love: birds.

“I’ve been a birder all my life,” John explains. He has been honing his skills of identifying everyday birdsong, calls, and visual characteristics since the age of thirteen. When he retired from anthropology, he was approached to use his skills as a consultant to assess the effect of wind farms on birds. He was convinced that the methods then in use were insufficient, largely because they were not able to capture information about how birds interact with the spinning part of the turbine at night, when they were likely to be migrating in range. There are two options for getting that data: radar or bioacoustics. John decided to delve deep into bioacoustics as a citizen scientist.

“I do have an acquired skill of being able to identify the calls of birds, so I’ve been studying nocturnal migration and migration in general in the past ten or fifteen years, using bioacoustics as the main technology for that,” he says. And while radar was initially expensive to implement for assessment purposes, bioacoustics was only time consuming: “it’s much cheaper to get me to just go through all those recordings.”

With ten years of bioacoustics data now under his belt, John is able to recognize patterns and identify areas for focused conservation work. “In recent years I’ve noticed a pattern of a much greater concentration during the autumn migration, in southwest Nova Scotia in particular—two to three times as many more migratory birds than I record than elsewhere in the province. These birds are coming from Nova Scotia, from Newfoundland, from the lower north shore of Quebec and Labrador, Prince Edward Island, parts of New Brunswick.

“A lot of [conservation] focus has been on breeding habitat, but there has been far less focus on the migratory homes of birds, other than maybe ducks.” He explains, “When birds leave Nova Scotia, and when they’re breeding here, that’s maybe two months of the year, and then the other ten months of the year they’re on the move.” John stresses the importance of a more holistic approach to conservation—as birds migrate, they need connected habitat that supports their complete annual cycle. “The shore is particularly important,” he points out. “It’s the last place they are before they have to make this long journey over a body of water. They’ve already been on a big flight to get there, and they need to replenish their reserves before they take off because once they take off there’s no coming down.” Over the past several years, John has worked to bring his findings to the attention of land conservation organizations, including the Nature Trust, to help support efforts to conserve key migratory bird habitats.

Last year he also succeeded in getting support for his work from the provincial government. Through the Challenge Fund, the same funding pool that provides significant support for the Nature Trust’s Twice the Wild campaign, John will be able to identify key migratory bird habitats throughout the province over a three-year period. The impressive data he is able to produce is totally reliant on his own unique skill set and time commitment: “As of yet there’s no way to automate it, especially the identification of the species, which I can do just by peeps in the night, and also during the day.” Thanks to the Challenge Fund as well as the Nova Scotia Crown Share Land Legacy Trust (another critical partner in the Nature Trust’s conservation efforts, as well as in John’s project), he has raised the funding to study six sites this year and four to six sites next year. 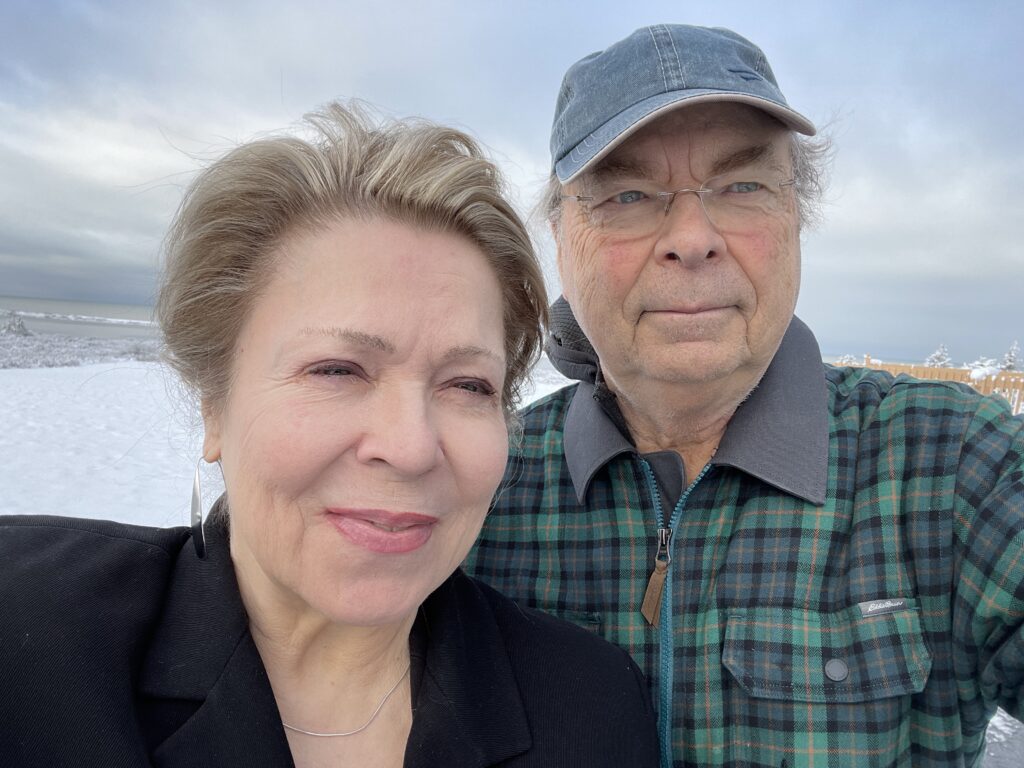 At a personal level, he and his wife, Patricia, have also supported the work of the Nature Trust as donors since 2008. He sees their land trust support as a way of “bringing out the goodness in having private property.” While he is careful to keep his personal donor support separate from his volunteer effort to provide data to be used in decision-making, it is clear that John’s commitment to bird conservation is vast. “You can’t emphasize enough the importance of land protection. [The state of the environment can be] really heart-wrenching, and you have to be careful not to get depressed. So why not put your energy into something that’s going to give a direct, immediate conservation benefit?”

With his immense dedication to his bioacoustics work and ongoing research, John is helping the Nature Trust and other organizations throughout Nova Scotia create those profoundly meaningful conservation benefits, for birds as well as all (non-feathered) Nova Scotians.

Please join us in thanking John not only for his support but also for all of his incredible work to protect migratory birds and their habitats. Learn more about how the Listening Together project helped confirm important bird habitats on Peases and Spectacle Islands (and hear some of the recordings!). You can also learn more about how to identify birds by their songs and calls through his Bioacoustics Almanac.