The Importance of Urban Wilderness

Cities are growing; urban populations are increasing and the built environment is expanding. This growth impacts urban dwellers in a number of ways: the loss of green space, flooding, increased noise and air pollution, and the urban heat island effect (i.e. increased temperatures in urban areas in comparison to rural regions).

Fortunately, research shows that urban wilderness has the potential to lessen many of the aforementioned issues associated with urbanization1. For instance, urban wilderness can reduce flooding and stormwater runoff, both of which are common in urban areas due to a lack of canopy cover and the abundance of impervious surfaces like pavement. Indeed, with fewer trees and less soil to absorb the excess, city floodwater often overwhelms stormwater systems, polluting sensitive waterways in the process. Urban wilderness can also lower noise pollution as vegetation has the ability to diminish the echoes from urban life. As well, urban wilderness can improve air quality by removing pollutants prevalent in cities like ozone (O3), nitrogen dioxide (NO2), sulphur dioxide (SO2), and carbon monoxide (CO). In regards to the urban heat island effect, trees provide shade for residents while reducing overall heat through evapotranspiration, meaning urban wilderness is an incredibly successful mechanism of abating high, and potentially life-threatening, urban temperatures. 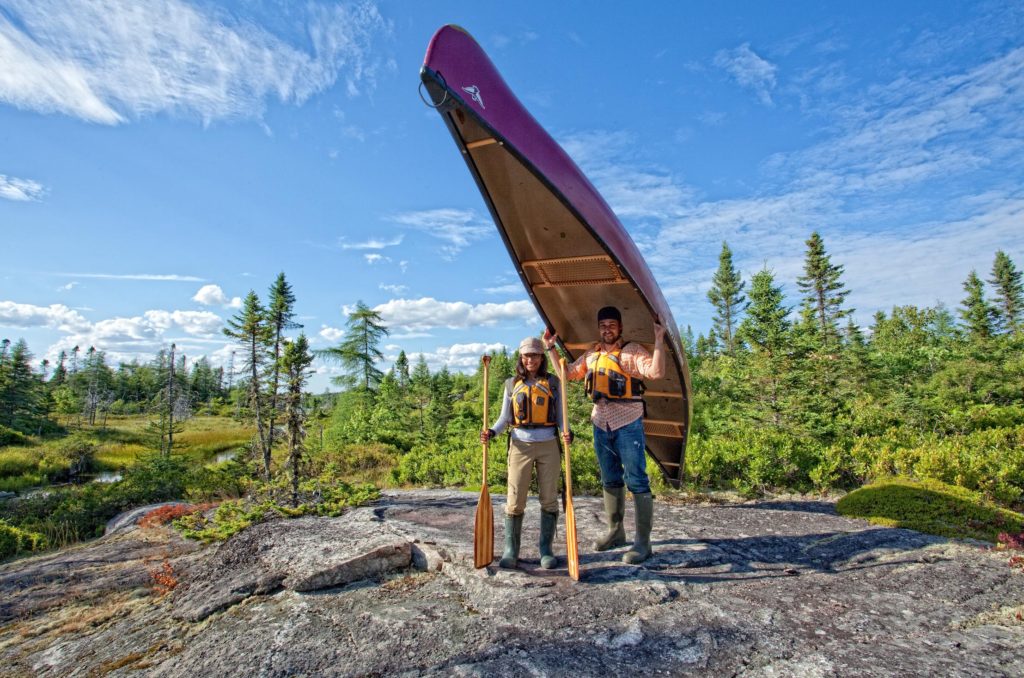 There are many human health benefits to preserving urban wildlands, including strengthening bonds between people. Photo: Andrew Chow

What’s more, studies show that urban wilderness has direct positive impacts on human health and well-being as time spent in nature can reduce stress, improve immune system function, and strengthen the bonds between people, usually referred to as ‘social cohesion2’. Through the promotion of physical activity, urban green space can alleviate chronic health conditions linked with city living and sedentary lifestyles such as obesity, diabetes, and cardiovascular disease3. It’s important to note that any negative human health impacts of urbanization, like the urban heat island effect, tend to impact vulnerable populations, namely the elderly and children, the most. Thankfully, research reveals that older adults who frequently access urban wilderness experience overall mortality reductions, decreased heat vulnerability, and self-report better mental health and less health-related anxiety than those who spend a limited amount of time in urban green areas3. For children, playing in green spaces has been shown to aid in the development of motor skills like balance and coordination2, and research suggests that urban wilderness can decrease peer relationship problems, aggressive behaviour, as well as the symptoms of attention deficit hyperactivity disorder (ADHD)3. 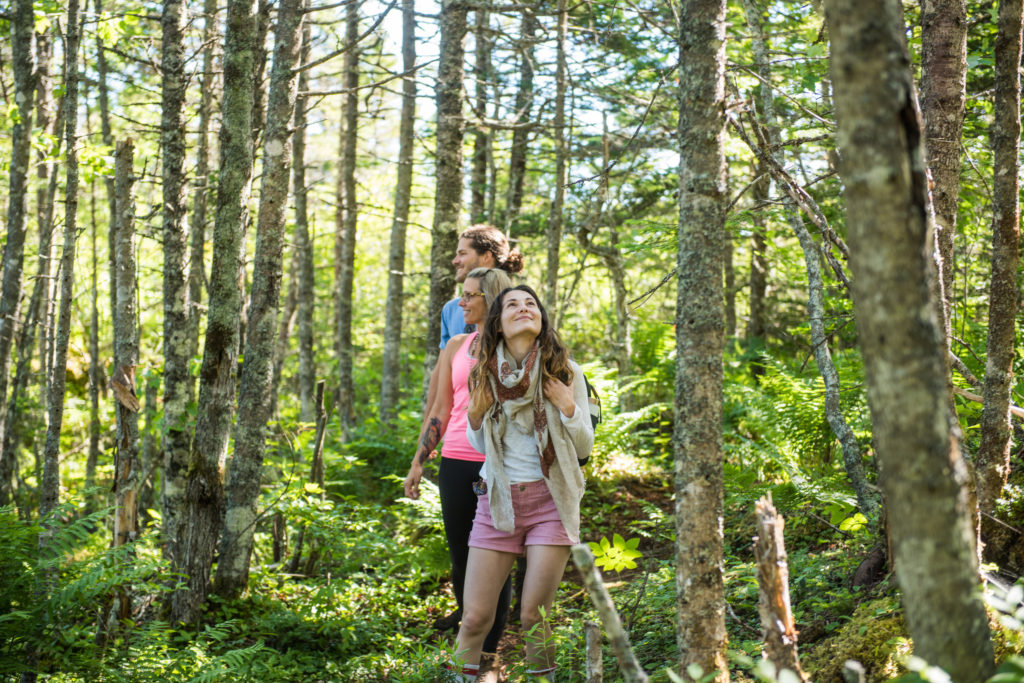 While there are numerous ways residents may enjoy urban wilderness and reap its rewards, one approach that has been steadily gaining popularity in North America since the 1980s is Shinrin-yoku4. With its origins in Japan, the practice of Shinrin-yoku translates to “forest bathing” or “taking in the forest atmosphere” and boasts significant human health benefits, motivating the government to dedicate USD 4 million to its research and making it the foundation of preventative healthcare and medicine in Japan. Unlike more intense outdoor exercise, Shinrin-yoku is described as a slow, meditative experience, and is generally led by a trained guide who encourages participants to take in nature deliberately and leisurely with the five senses. Regardless of the minimal amount of physical exertion required or advocated for during a session, Shinrin-yoku can lower blood pressure, decrease heart rates, and reduce the levels of the stress hormone cortisol in the blood, all while improving immune function. 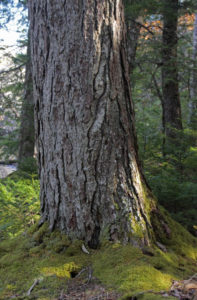 The protection of urban wilderness is a critical adaptation plan for cities as they prepare for severe weather events like increased temperatures and storm surges1. Trees and soil have the capacity to sequester carbon dioxide (CO2), one of the main contributors to global warming – another reason urban wilderness contributes to climate change mitigation.

The Nature Trust’s latest campaign, Save the Wild Blue, aims to protect over 500 acres of urban wilderness in the Blue Mountain – Birch Cove Lakes area. In addition to the important ecological benefits to the city, the property provides a critical connection to the surrounding provincially protected Wilderness Area. Help us ensure that this critical piece of urban wilderness is protected forever – Save the Wild Blue! 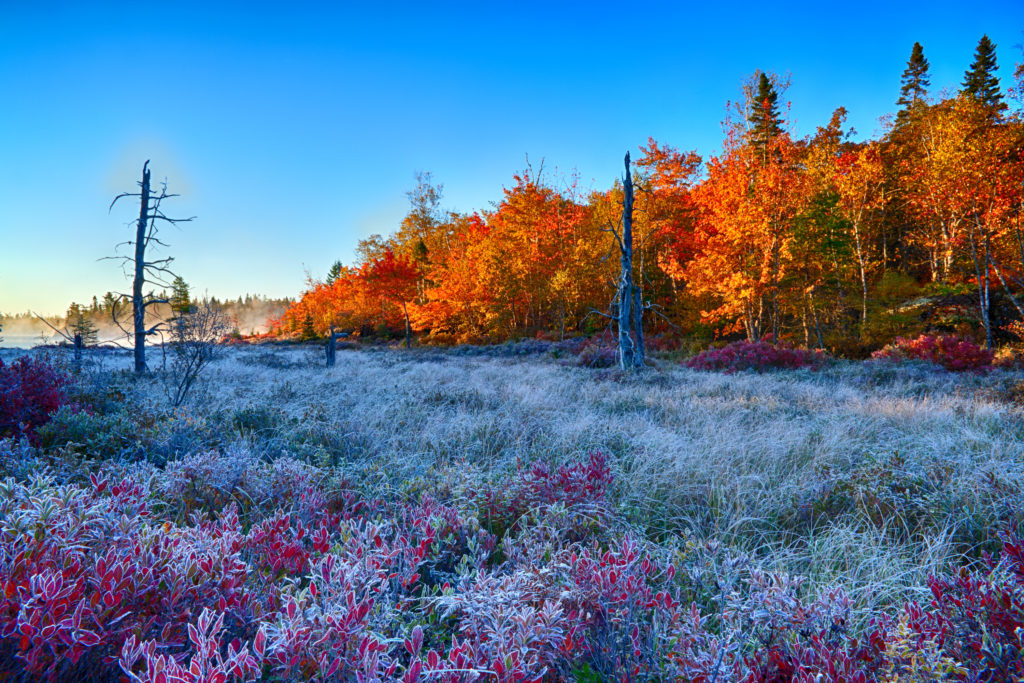