Nova Scotians have once again stepped up to demonstrate their love for our iconic coast. Thanks to an outpouring of public support and matching funds unlocked through the federal government and other conservation partners, the Nova Scotia Nature Trust has added three coastal properties to the growing natural legacy we safeguard for all Nova Scotians: a pristine coastal island, a beautiful South Shore beach and wetlands, and stunning Cape Breton coastal highlands. These new protected areas represent a $1 million victory for coastal conservation across the province. 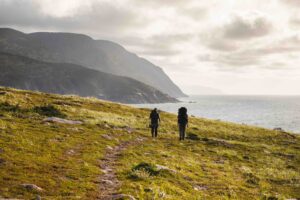 Lowland Cove is a stunning example of northern Cape Breton’s incredible coastal mountains and rugged wildness. Its protection is not only a triumph for preserving 40 hectares (100 acres) of coastal habitats and connectivity for wildlife; it also represents a milestone in linking together the proposed Seawall Trail, which promises to be 48 kilometers of world-class hiking along the cliffs and highlands surrounding the Polletts Cove – Aspy Fault Wilderness Area. 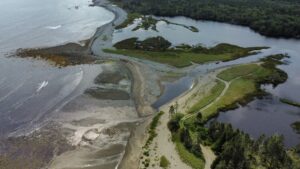 Aerial view of Sand Beach (Credit: A for Adventure)

Sand Beach represents the potential for balanced synergy between people and nature. Just south of Liverpool, this easily accessible 62 hectares (154 acres) of wild coastline has been enjoyed by generations of local families and visitors eager to swim, camp, birdwatch, and appreciate nature. Its mosaic of diverse habitats also provides refuge for migratory and nesting birds, and endangered species including several species of birds, turtles and lichen, as well as critical climate change mitigation benefits. 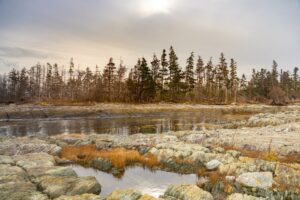 Middle Island is the final link to ensure the ecological integrity in a coastal archipelago now fully protected by the Nature Trust, the Nature Conservancy of Canada and the Province. Located off Cherry Hill beach, near Port Medway, the island is a key waypoint on the Atlantic Flyway, a “bird highway” essential to feeding, resting, and breeding for many migratory birds. Its protection supports the movement of bird colonies within and beyond the archipelago – a critical step in helping to address rapid decline in global bird populations and impacts of climate change.

Coastal areas are among the most ecologically important in our province and beyond. However, not only are they highly sought after for development, but they are also at increased risk from the accelerating effects of climate change. Diverse coastal habitats and the wildlife they support – not to mention public access for enjoyment, education and recreation – are disappearing. Opportunities for protection are notoriously rare, particularly in Nova Scotia where over 85% of the coastline is privately owned.

But saving privately owned, ecologically valuable land is precisely why the Nature Trust exists. And last year we joined a global call to action on the biodiversity and climate crises, committing to move even faster in saving Nova Scotia’s nature before it’s too late. The Twice the Wild campaign aims to double our protected lands across the province by 2025, with the help of the Government of Canada and other major partners matching funds donated throughout the campaign. Today’s announcement is a great step forward.

Like the Twice the Wild campaign itself, the success in saving these three coastal wildlands illustrates the growing political and public support for accelerating climate change solutions and meeting Canada’s ambitious conservation targets.

“The conservation wins announced today were only possible thanks to our federal conservation partners,” noted Bonnie Sutherland, the Nature Trust’s Executive Director. “We applaud the Government of Canada’s bold commitments and historic investments in biodiversity conservation and nature-based solutions to climate change.”

Major support for the land acquisitions was provided through the Canada Nature Fund and the Nature Smart Climate Solutions Fund.

“Canada is fortunate to be home to 24 percent of the world’s wetlands, 25 percent of temperate rainforest areas and 28 percent of remaining boreal forests. These ecosystems are globally significant in terms of mitigating the impacts of climate change and protecting biodiversity. By working with partners like the Nova Scotia Nature Trust, we are protecting, restoring and enhancing important wildlife habitat, improving the resilience of valuable ecosystems and increasing their ability to capture and store carbon. The Canada Nature Fund and the Nature Smart Climate Solutions Fund are helping us make progress in our response to climate change and biodiversity loss. Our investments support Canada’s efforts to conserve 25 percent of land and inland waters and 25 percent of oceans by 2025, and working towards 30 percent by 2030.”
– The Honourable Steven Guilbeault, Minister of Environment and Climate Change Canada

“Nova Scotians are coastal people. Our communities, economy, culture and well-being are connected to the ocean and our coastal way of life define us as a people – strong, resilient, diverse. Our coastline is literally on the front line as we experience climate change. We must work together – governments, the private sector and Nova Scotians – to protect our coastline, which will help ensure a sustainable and prosperous future for our province. The Government of Nova Scotia has committed to taking meaningful action on climate change, which includes protecting our coastline, through the Coastal Protection Act, and by protecting 20% of our land and fresh water by 2030. The Nature Trust’s conservation leadership will provide climate resiliency and other benefits for generations. On behalf of all Nova Scotians, I thank them for their important work.”
– The Honourable Timothy Halman, Minister of Environment and Climate Change for Nova Scotia 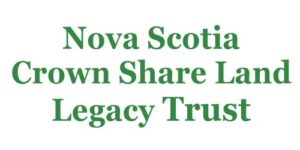 The Nature Trust expressed gratitude to the many Nova Scotians who also stepped up to help save these lands. Over 200 individuals, families and businesses responded to the Nature Trust’s urgent public appeal, donating the remaining $200,000 in just a few weeks.

“We had hoped this appeal would speak to the hearts of Nova Scotians, who cherish our beautiful coast, and they definitely delivered—immediately, enthusiastically and generously!” noted Sutherland. “With more than half of these donors supporting the Nature Trust for the first time, and the incredible passion and excitement we’ve seen with this campaign, we are optimistic that even more big wins for nature lie ahead.”

The Nature Trust is still raising funds through our Twice the Wild campaign to save even more incredible landscapes across the province.

Learn More About Twice the Wild