Ben Howell Davis and his History with Long Cove 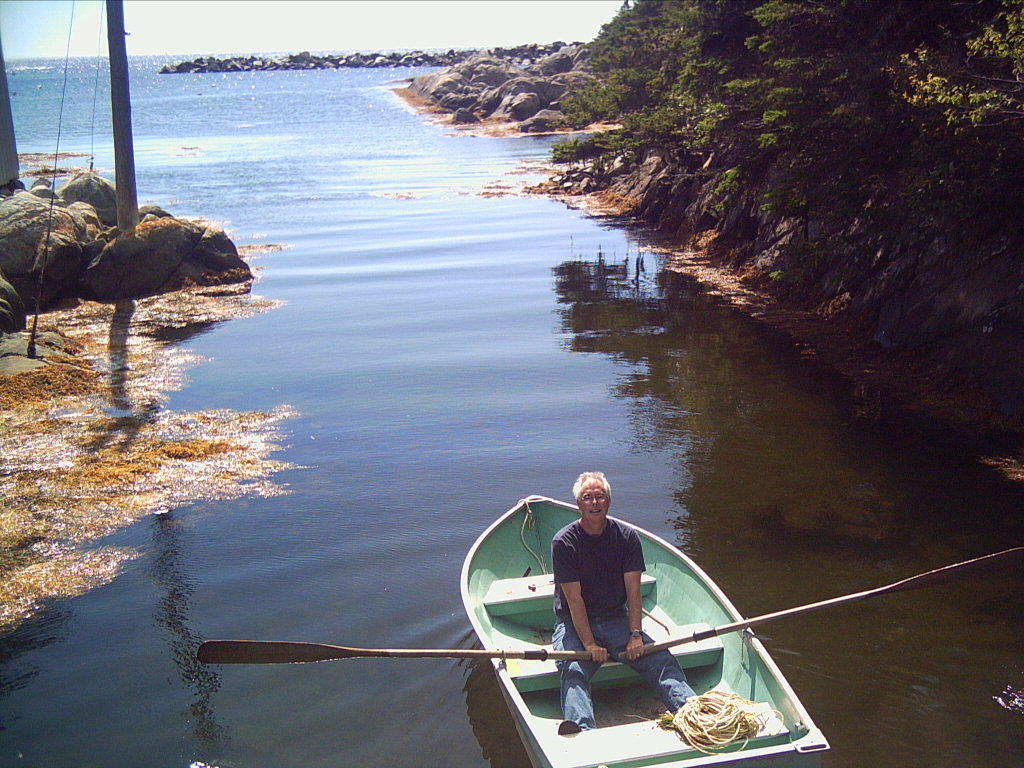 On a rugged shoreline tucked into Port Medway is one of the Nature Trust’s early conservation successes: a 155-acre hidden gem called Long Cove. And one of our longest-serving Property Guardians, Ben Howell Davis, has been working to keep it in its natural condition since the late 1980s, when he moved into a rustic cabin on the adjacent property. After 14 years of official stewardship, he is passing the torch to the new owner of his property. The Nature Trust is grateful for his many years of dedicated service protecting nature, and delighted to have the chance to tell the story of his efforts at Long Cove. 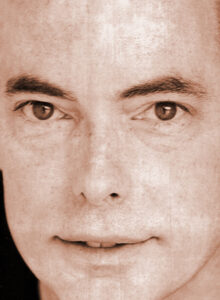 Ben Howell Davis first came to Nova Scotia in 1981, on a summer holiday from his teaching role at the Atlanta College of Art. The destination was chosen almost on a whim: “My girlfriend at the time and I had travelled a lot and we wanted to go someplace we’d never been,” Ben remembers, “and we met a guy on the beach in Florida from Nova Scotia so we said, That’s where we’re going!” The only contact they had was a phone number of someone their beach acquaintance told them to look up, which turned out to be the phone number of somebody else. Nonetheless, they camped in that person’s driveway the night they arrived and told her that they wanted to rent a house for the summer. “She told us, ‘I have a house in Port Medway, and you’re welcome to stay in the house for the summer and help me renovate it.’”

Ben fell in love with Port Medway. Riding his bike down Long Cove Road one day that summer, he remembers having an epiphany “that nature was still there, it hadn’t been paved over. Then I had a kind of deja vu experience in Long Cove, I felt that I’d been there before.”

Ben returned every summer, until in 1986 some friends here told him that “Archie Smith’s old fish plant” was for sale. The only way to get to it was by water, and Ben borrowed their canoe to go look at it. “It was the right price and the right place,” he says, “so I went home, which was Boston by then, and got a bank loan and bought the place. I thought of it as a sanctuary. When I was working at MIT with multimedia computer research, I’d sit in meetings and do little drawings of what I would do with my place in Port Medway.” It also eventually became his primary home and art studio, supporting his extensive artistic career. 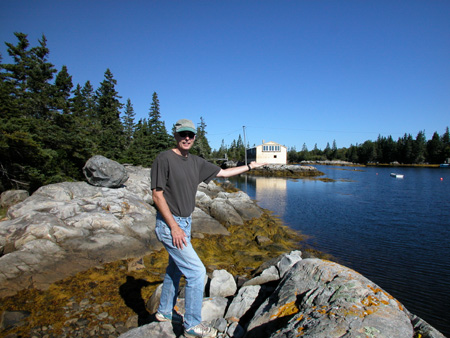 Ben’s rustic home – 1.2 acres with an old barn, a fisherman’s cottage, a goat shed, an outhouse, and a dug well – was next door to two hundred acres of undeveloped wilderness, accessible only by water or by way of a small path across Ben’s land. Ben immediately started looking for ways to get that adjacent land conserved.

He recruited Professor Bill Friedman, ecologist and former Chair of the Department of Biology at Dalhousie University, to come out to the property and assess its ecological significance. He even rented a plane and a pilot to take aerial photos of the property, and compiled a package of information to bring to conservation groups (before the Nova Scotia Nature Trust existed) but was unsuccessful. He remembers watching various owners over the years – a rabbi representing the Centre for Talmudic Studies in Israel, a crystal healer – try to figure out how to get a bulldozer onto the land to develop it, and Ben lost hope.

But in 2004, when Tara (Tuck) Allen bought the property, she started exploring the idea of donating these acres of coastal wetlands to the recently-established Nature Trust. Very sadly, Tara died in the jungle in Ecuador before her dream of protecting these lands could be realized. After inheriting the land, her brother F. Towne Allen worked with the Nature Trust to fulfill Tara’s wishes and donated the land in 2007 to the Nature Trust. Read Towne’s story here.

Ben distinctly remembers going out onto the land for the first time after the Nature Trust officially owned it. “I realized it was never going to change. It was going to stay the way it was, the way it had been for thousands of years – to know that it was preserved forever was such a powerful feeling.”

Although he didn’t officially become Property Guardian for the land until 2007, Ben took it upon himself to monitor and document the natural features of the land much earlier. He connected with a Dalhousie ecology student to conduct an avifauna study in 1989, which they published online and sent to the Nature Trust upon transfer of the property. Ben was thrilled to learn how to call birds, and to watch the student identify birds just from their calls.

As part of his official Property Guardian stewardship work, he also did a wintertime hike with the Nature Trust’s then-Stewardship Coordinator Sally-Jo Gallant. Since so much of the property is marshland, walking across the frozen areas was a unique opportunity to get a sense of the whole property, much of which is otherwise difficult to access.

In fact, Ben says that in all those years of going onto the Nature Trust property, “I never once ran into another person. Usually I go over and there’s not even another footprint, except maybe mine from the last time I was there. I always thought it was kind of a hidden gem, and I think that must just be because it’s so hard to get to. Once you’re there it’s a fantastic place.”

Being part of the local community was also helpful in cultivating support for the protected land. At that time, Port Medway was home to a thriving fishing community; although it was a tight-knit community with deep roots, Ben felt welcomed. “They were happy I was not a competing fisherman, so they were very open and very helpful when I needed something,” he remembers. When the Nature Trust took ownership of the land at Long Cove, Ben worked to help them understand the role and mission of the Nature Trust and alleviate their concerns that it would affect their livelihoods. “In that sense I was kind of an ambassador,” he says. “That was an unexpected requirement of being a steward – also being a spokesman!”

Over the years, the Nature Trust property continued to be a beloved “backyard” for Ben’s home. Even after meeting his now-wife, Susan, and moving to LaHave, the couple continued to spend most summers in Long Cove and to visit regularly to monitor the land in the other seasons. 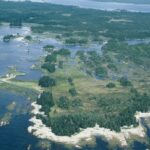 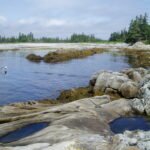 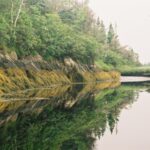 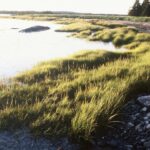 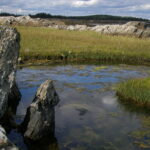 Finally, Ben made the decision to sell his property. “I’m 74 now, and moving the boats and doing all the stuff you have to do to get back and forth around the property was getting a little too much,” he explains. “It was a tough decision, because it had been quite an experience for me to live next door to the Nature Trust land.”

Having access to that conservation land was one of the major selling features of Ben’s unique home. And he was delighted that the eventual buyer had such a strong connection to nature.

Piers Baker says he and his family have been delving deeper into conservation and understanding the nature around us. He grew up in Kingsburg, and much of what is now the Gaff Point Trail at the end of Hirtles Beach was donated for conservation by his grandparents. He also already had a relationship with the Nature Trust, helping to care for a property at Goat Lake that was formerly owned by Nova Scotia’s “godfather of land conservation,” Rudy Haase, who established a conservation easement with the Nature Trust. 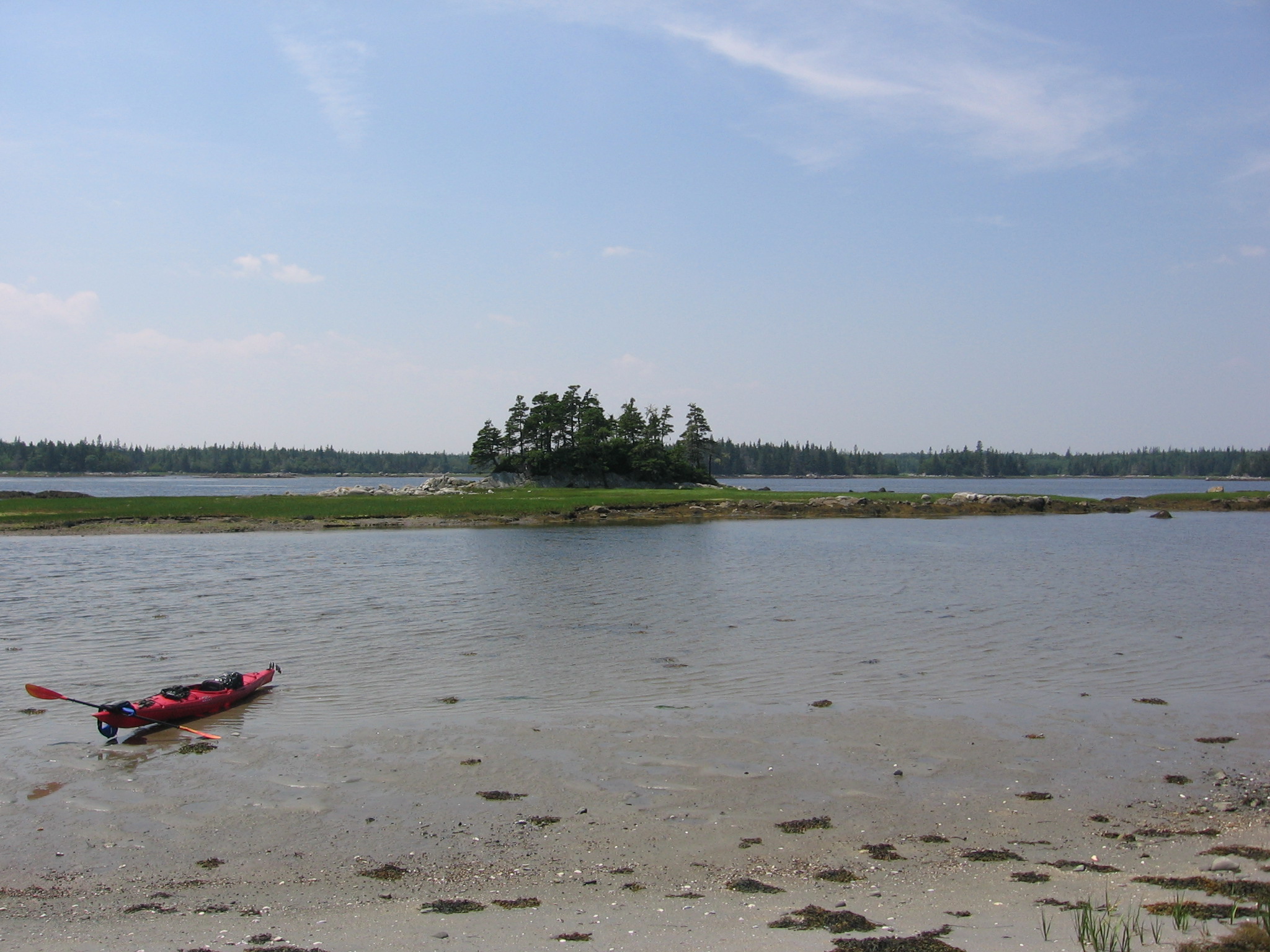 A kayak at rest during a Nature Trust monitoring visit to Long Cove.

As former owner of the Kayak Shack in Chester, Piers was immediately intrigued by Ben’s property and its access – ideal for kayaking – to the Nature Trust conservation land. “I knew it would take a unique kind of buyer because you can only access that part of the property over water, so that would definitely cancel out most people right away. And both of the structures on the property are fairly rustic.” Piers plans to fix them up but stay within the same footprint, keeping the home’s rustic feel and close connection to the surrounding nature.

“It really feels untouched to me,” says Piers. “It’s a part of the province that not a lot of people can get to, which makes it very unique for wildlife and plant species and everything. It’s really magical there, and protecting that is very important.” He was delighted to take over Property Guardianship of the Nature Trust land from Ben, and one of his first stewardship goals is to clear and maintain the existing path from the cottage to the beach in the conservation area. “If you have a designated path it means you don’t interrupt the rest of the landscape, so I want to make sure that path is the only one anybody would follow if they happen to land on my part of the beach.”

The Nature Trust is delighted that stewardship of the conservation land there will continue to be held so closely and carefully by its primary neighbour. Ben’s love and care for the Nature Trust’s protected land has had a deep impact not only on the nature and wildlife, but also on the human community. He remarks, “It changed the life of at least one friend! I didn’t know at the time I took him out there that he was extremely depressed but he told me later that seeing the Long Cove Nature Trust property was the thing that turned him around. He has always thanked me for taking him there and showing him something bigger than himself.”

Please join us in expressing our profound appreciation for Ben’s years of service as a Property Guardian, and for helping us ensure that the wild legacy of Long Cove will continue into the future.

To find out about becoming a volunteer Property Guardian, please contact us at volunteer@nsnt.ca or call (902) 425-5263.