The Geography of Giving

Bob and Peggy McCalla have called Halifax home for well over half their lives. “We are both originally from Ontario,” explained Bob, “And we’ve lived across Canada and overseas. We hadn’t even visited Halifax when I got a job offer from Saint Mary’s University, and we packed up and shipped across the country. That was over 40 years ago, so I guess we must like it here!” 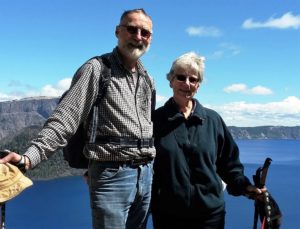 Bob and Peggy met when both were Geography under-grads at the University of Western Ontario. “I’ve never really thought too much about it, says Bob, “But I suppose our choice of university subject ultimately influenced our decision to support the Nature Trust. If we’d been Sociology students, maybe things would be very different today.”

That decision to study geography took root for both much earlier, and their love of the outdoors came from similar roots – albeit quite different in origin.

“My family had property on Lake Simcoe.” Peggy explained. “We spent all summer, and many fall and winter weekends up there. I loved the outdoors – swimming, camping, hiking and winter sports. I think that was where my passion grew and it has been with me ever since. I was able to continue my passion as a Guide and leader for many years.”

“And we camped out of necessity,” laughed Bob. “It was a cheaper option than other accommodations.”

Bob continued, “Actually it was Peggy who got me hooked on the outdoors and the natural world. When we got together, I realized how much she loved being outdoors and so I picked it up to be with her – and now it is such an integral part of life.’

This shared passion has led to a life of wonderful memories. “As a student, I worked for the Ontario Department of Tourism,” said Bob. “We had to inventory all the tourist accommodation in the province – and there was no internet to help back then! I was based in Kenora in northwest Ontario. We would hitch rides with Lands and Forests. On one flight the wind direction meant the pilot had to land on the short side of a lake. We came in so low over the trees I could almost touch them – and then we just dropped onto the water!”

And the memories are still being made. “When I retired after almost 40 years as a professor at Saint Mary’s, I didn’t want to be anywhere near the school in September,” said Bob, “So we decided to take a road trip to Alaska. We were away for 49 days and we camped for probably half that time. The highlight of that trip was flying in a light aircraft over the Yukon towards Mt. Logan. And here’s what we’ve been doing this year,” he said, pointing to ‘Waterfalls of Nova Scotia’, by Benoit Lalonde. “We’ve done four or five waterfall hikes this winter. Pretty tricky in this weather, I can tell you!” he laughed.

Bob and Peggy are passionate outdoor enthusiasts, regularly canoeing and camping across the province. “We canoe probably three or four times a month,” said Peggy. “We were out to the 100 Wild Islands, and last summer we canoed and camped in Kejimkujik.” 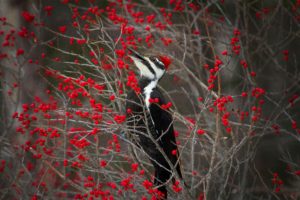 Bob explained how they discovered the Nova Scotia Nature Trust. “It would be about 8 or so years ago. The Academic VP at Saint Mary’s called me one day, said he had a spare ticket for the Nature Trust Annual Dinner and did I want to go? I knew little of the Nature Trust, but I went along. I heard about the wonderful things they were doing and I was really impressed. We started to donate a few times a year and things grew from there. Then, a few years ago we were invited to an Estate Planning seminar hosted by the Nature Trust, delivered by Glenn Stewardson of Assante Wealth Management. He showed us how we could use giving strategies to take advantage of capital gains reductions – very eye opening. We were able to set up a trust fund with the Community Foundation of Nova Scotia, which gives us flexibility of how and when to use our donations whilst maximizing the tax advantages.”

“Most people choose to give for their own reasons,” said Bob. “It really doesn’t matter why you give, it just matters that you choose to support that which you love.”