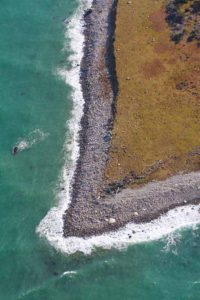 We’ve got good news for birds and bird lovers. On Friday August 16, we officially announced the protection of 650 acres on Seal Island. Located off the southwestern tip of Nova Scotia, the island is one of the region’s most important sites for migratory birds. Seal Island is renowned for its vast numbers, variety of species and uncommon birds. Its protection is welcome news amidst plummeting migratory bird populations across the planet.

We celebrated the news at a community event in Clark’s Harbour on Cape Sable Island – a traditional jumping-off point for reaching remote Seal Island.

The 650 acre Seal Island Conservation Lands encompass nearly 80 per cent of the island. The lands had been threatened by private development, which would have devastated the natural habitats and the birds they support and ended traditional use of much of the island. With these lands protected, birds will thrive and people can continue enjoy what has been called the ‘wondrous foggy isle’ as they always have. 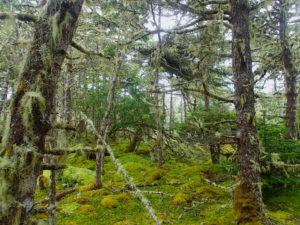 Located 32 km off the coast, Seal Island is one of Nova Scotia’s largest, most remote coastal islands. It features a rich diversity of habitats – from salt marshes, bogs, barachois ponds and a stunted, mossy forest, to rocky shorelines, grass dunes, and a sandy beach. This diversity, its isolation from the mainland and major human impacts, and its location in the flight path of countless migratory birds all contribute to the island’s significance for birds and bird conservation. 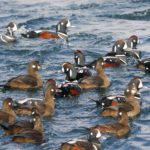 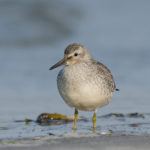 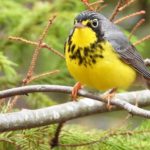 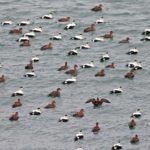 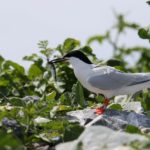 Over 330 species of bird have been recorded on Seal Island, using it for breeding, overwintering, migration or storm shelter. Recorded species include over 20 nationally and provincially-designated bird species at risk such as Roseate Tern, Harlequin Duck, Canada Warbler, Rusty Blackbird, Red Knot, and Barn Swallow. Other birds of conservation concern have been sighted on the island, including Common Eider, Leach’s Storm-petrel, and Atlantic Puffin.

Located strategically on a major migration path called the Atlantic Flyway, the island acts like a migrant magnet, drawing in birds from across a vast swath of ocean and providing a critical refuge for birds to replenish and refuel on their long migratory journeys. 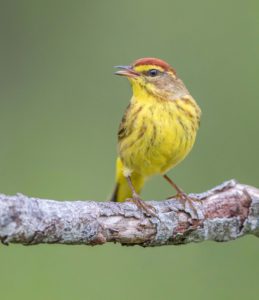 Up to 1,000 Palm Warblers have been observed in a single day on Seal Island (Photo credit: Simon d’Entremont)

Astounding numbers of birds have been recorded on the island, including single-day reports of 5000 American Robins, 1100 White-throated Sparrows, 1000 Palm Warblers and 500 raptors. Seal Island also provides refuge for rarely seen visitors to Nova Scotia, exotic birds blown far off course during storms, such as, Scissor-tailed Flycatcher and Green-tailed Towhee.

Eric Mills, a passionate birder who has been visiting Seal Island with his bird-loving family and friends almost every year since 1967, was delighted with the news:

“The Nature Trust’s protection of Seal Island is an important step forward for migratory bird populations” Mills said. He noted that migratory birds face the continuing loss of food and shelter across many parts of eastern North America. “Ensuring these necessities, especially at Seal Island—the critical beginning or ending point of their long migrations—is a highly significant,” he added. 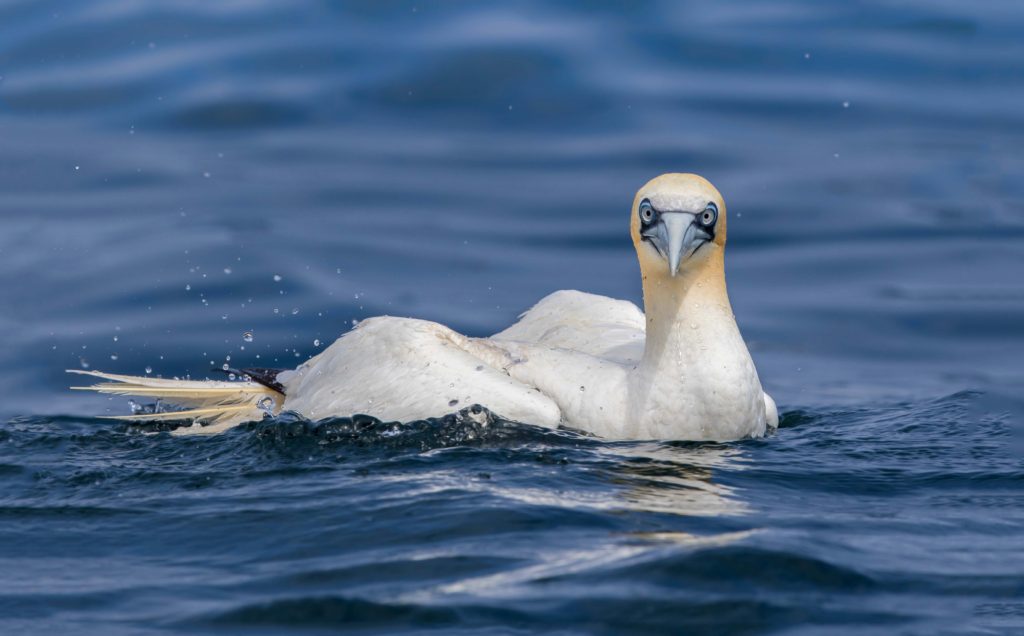 This Northern Gannet is thrilled to have its habitat protected (Photo credit: Simon d’Entremont)

“There wouldn’t be a birder in Nova Scotia, for that matter, few in all of Canada who have not at least heard of Seal Island,” said David Currie, President of the Nova Scotia Bird Society.

“This gem of an island has been a focal point for birders and researchers for many decades because of its landscape and setting that has provided Canada and Nova Scotia first and only records of vagrant bird species,” he added. “To have much of Seal Island preserved is a gift and our sincere gratitude goes out to the Nova Scotia Nature Trust for all its work to ensure this place remains an important place for birds.” 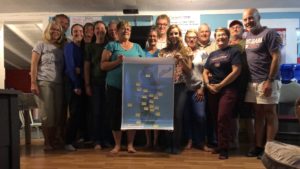 Seal Islanders sharing their knowledge of the island with Nature Trust staff.

Protecting this unparalleled migratory hotspot and large, ecologically rich island is not only significant for bird conservation. The new conservation lands also protect the island from private development, preserving its rich history and culture. Although year-round habitation ended in the 1990s, it is still used seasonally by fishermen, birders, and many local families who have been connected to the island for generations.

Seal Island was acquired with the financial support of the Government of Canada through the federal department of Environment and Climate Change, the Nova Scotia Crown Share Land Legacy Trust, and many generous families and individuals.

Growing a network of protection

The island adds to a growing network of protected islands in the area including the nearby Outer Bald Group and Bon Portage Island Conservation Lands, conserved in partnership with the Nova Scotia Bird Society and Acadia University, respectively.

With 96% of coastal islands in the area privately-owned and very few (about 6%) formally protected, more island conservation is critical in protecting coastal biodiversity and recovering and sustaining bird populations. We’re already working to secure the next island win for birds, and we’ve begun collaborative planning for long-term restoration, monitoring, and management of Seal and surrounding islands, in partnership with community members as well as other research and conservation partners. 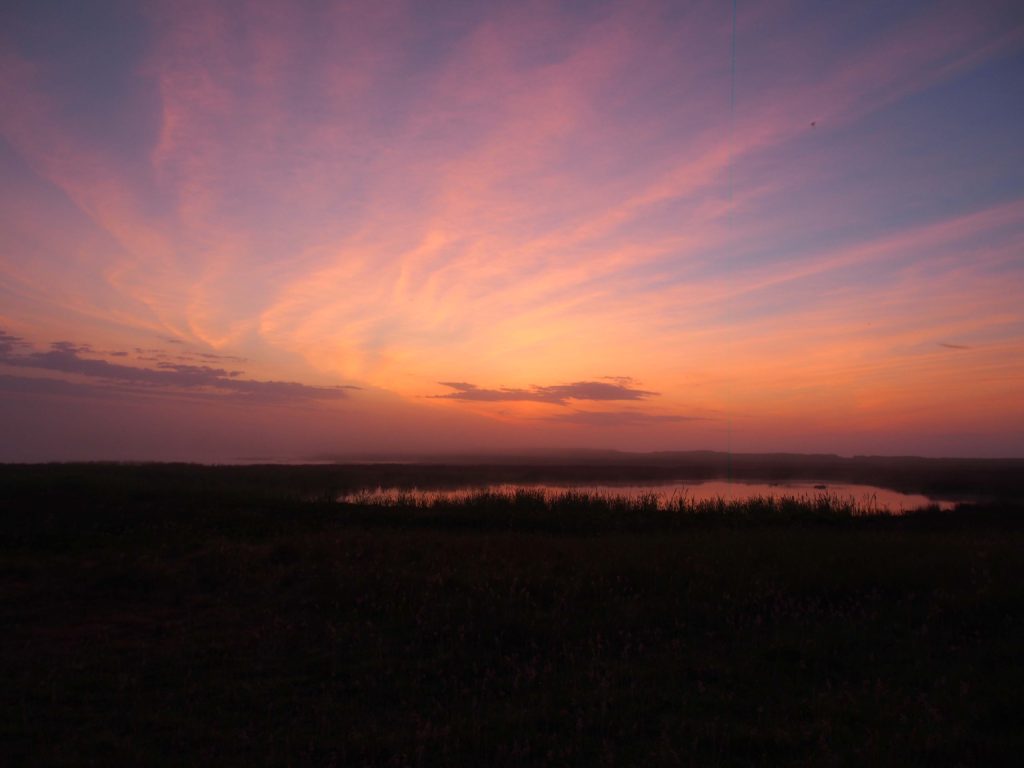