Nova Scotia’s most endangered reptiles will emerge from hibernation knowing more of their critical habitat has been safeguarded. That is because a 93 acre property in Barren Meadow, near the community of Colpton, Lunenburg County, has been permanently protected, safeguarding essential habitat for provincially and federally threatened Eastern Ribbonsnakes and endangered Blanding’s Turtles.

There are only around 500 adult Blanding’s Turtles left in the province and few intact habitats left anywhere in Canada. With less than 1% of hatchlings surviving, and much of their habitat being increasingly threatened, it is vital to protect the last remaining refuges. Experts on the provincial Recovery Team for Blanding’s Turtles cite land conservation as essential in addressing some of the most serious threats to turtles, ranging from habitat destruction, fragmentation and loss to human-caused mortality.

“Blanding’s turtle is a flagship endangered species. By protecting wetland habitats, like those present on the Barren Meadow property, we protect these turtles and many other animals and plants,” said Sherman Boates, former co-chair for the Blanding’s Turtle Recovery Team and Nature Trust Board Member. “It also supports essential ecosystem functions, like water purification, that we all depend on.”

A unique feature of the property is the naturally occurring rock piles and small rocky outcrops, which provide basking and overwintering habitat for Eastern Ribbonsnakes, as well as potential nesting habitat for Blanding’s Turtles. It contains riverside fens, brooks and wet meadows that provide the diversity of habitats needed for the reptiles’ survival.

The protection of this reptile sanctuary adds to a growing land assemblage for conservation, including three other Nature Trust conservation lands and the Shingle Lake Nature Reserve (pending designation by the Province). Together these lands will protect over 4500 acres of contiguous habitat, critical to ensure that these turtles and snakes can move safely from one habitat to another. This kind of landscape connectivity is important for the reptiles because, besides habitat loss and degradation, vehicle strikes are one of their biggest threats.

The property is located in Southwest Nova, a ‘Priority Place’ under the Pan-Canadian approach to transforming Species at Risk conservation in Canada. The region also aligns closely with Kespukwitk, one of the seven traditional districts of Mi’kma’ki. The area is a biodiversity hotspot for an array of wildlife and rare species, including many species at risk like Blanding’s Turtle and Eastern Ribbonsnake, as well as Piping Plover, Roseate Tern, a number of Atlantic Coastal Plain Flora, and more.  With this newest addition at Barren Meadow, the Nature Trust now protects 43 sites in the Southwest Nova region, several of which are known to support habitat for Blanding’s Turtles.

We are just one of many groups working on conservation and stewardship projects to preserve and protect what makes this region so ecologically and culturally significant. To better coordinate and integrate the groups working in this region, the Kespukwitk Conservation Collaborative was created. This group is guided by an adaptive management framework, as well as an Indigenous world view through ‘two-eyed seeing’, which encourages practitioners to examine topics and issues using both Indigenous and Western knowledge. The Kespukwitk Conservation Collaborative includes several environmental organizations, Indigenous groups, community groups, researchers, and different levels of government.

This conservation win was just one of 17 sites (encompassing over 3,200 acres of land) protected under our Lasting Landscapes campaign which culminated on April 5. It took us our first 13 years to save this amount of private land, but, though this inspiring campaign, we repeated that feat in only a few months. The ambitious initiative was made possible by an historic federal investment in biodiversity conservation through the Canada Nature Fund, as well as by the Nova Scotia Crown Share Land Legacy Trust, private foundations, and the many Nova Scotians who have stepped up in support of this opportunity. Barren Meadow is just one of many stories to be shared by the Nature Trust in the coming months following the Lasting Landscapes campaign. Additional funding, specifically for the Barren Meadow property, was generously provided by Nova Scotia Species at Risk Conservation Fund.

Donations in support of Barren Meadow can be made online or by calling (902) 425-5263. Funding is needed both to secure additional private inholdings in the Barren Meadow Turtle Sanctuary, and to provide ongoing monitoring and stewardship of the endangered species and their habitats. 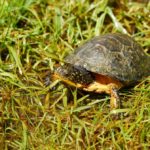 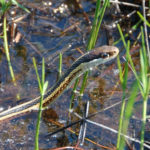 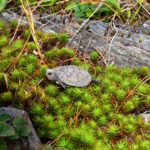 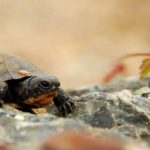 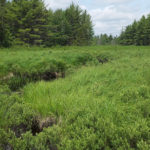 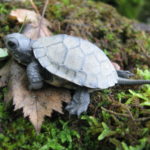 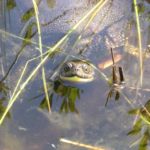 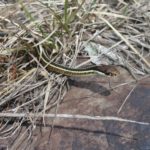 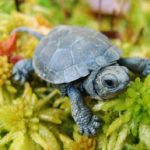 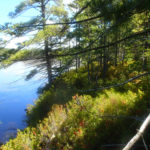 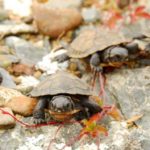