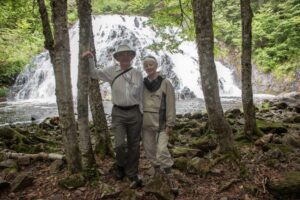 Richard and Grace Beazley have been involved with the Nature Trust in one capacity or another for the best part of 20 years, and they started supporting the Nature Trust financially in 2001 with annual gifts. A few years later, in 2004, they made the switch to monthly donations. “Monthly donations just make so much sense for anyone on a budget,” said Grace. “We started off at $10 a month, and over the years we increased the amount by $5 at a time until we eventually sat at $25 – and then Richard had an idea of how to recognise the 25th anniversary of the Trust.”

Grace said, “I felt we should do something special to mark their 25th anniversary. That’s when Richard suggested we double our monthly gift. This is such an incredible organisation and we wanted to make them a priority in our giving.”

Richard and Grace have invested in the Nature Trust because they see the need to support something they believe in so deeply.

“It has been a wonderful experience to be involved with the Nature Trust. Their mission is the same as ours. We want our grandchildren and their children to have the same access to nature we enjoy,” said Grace. “And I am so pleased that our family feels the same way. At Christmas, instead of gifts, we ask our children to donate to the Nature Trust on our behalf. With one son and daughter-in law we mutually donate gifts to a preferred cause. Thus, every second year the donation goes to the Nature Trust. It gets better too, because our adult grandchildren have chosen to make donations in our name at Christmas!”

“After we were retired,” Richard recalled, “We were looking for somewhere to volunteer where we could remain active. The goals of the Nature Trust just rang true for us. We ended up volunteering as Property Guardians, first at Purcell’s Cove and then at Meander River where we stayed for 9 years.” 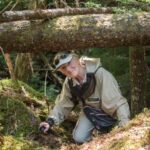 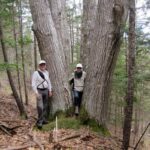 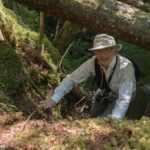 It would be fair to say that the Nature Trust has become a focal-point for the Beazleys. They have donated time and resources in many ways including a memorable few weeks re-organizing the basement at Nature’s House. “We took that on as a winter project,” Richard laughed. “We spent days down there, organizing and cleaning so that the staff could focus on the important work of conservation.”

Richard and Grace also note that they now have chosen to donate their funds unencumbered to allow the Nature Trust to focus on the greatest need. “Initially, as Property Guardians we wanted to see our gifts used for stewardship,” Richard explained, “But now we see the value in allowing the Trust to determine their own priorities.”

Richard and Grace tell a truly inspirational story of their love for nature and the Nature Trust. If you would like to learn more, visit our Monthly Giving page. When you become a monthly donor, you remain in control at all times. You can easily increase, decrease or even stop donations at any time, should the need arise.