Give endangered turtles a home for the holidays – and forever 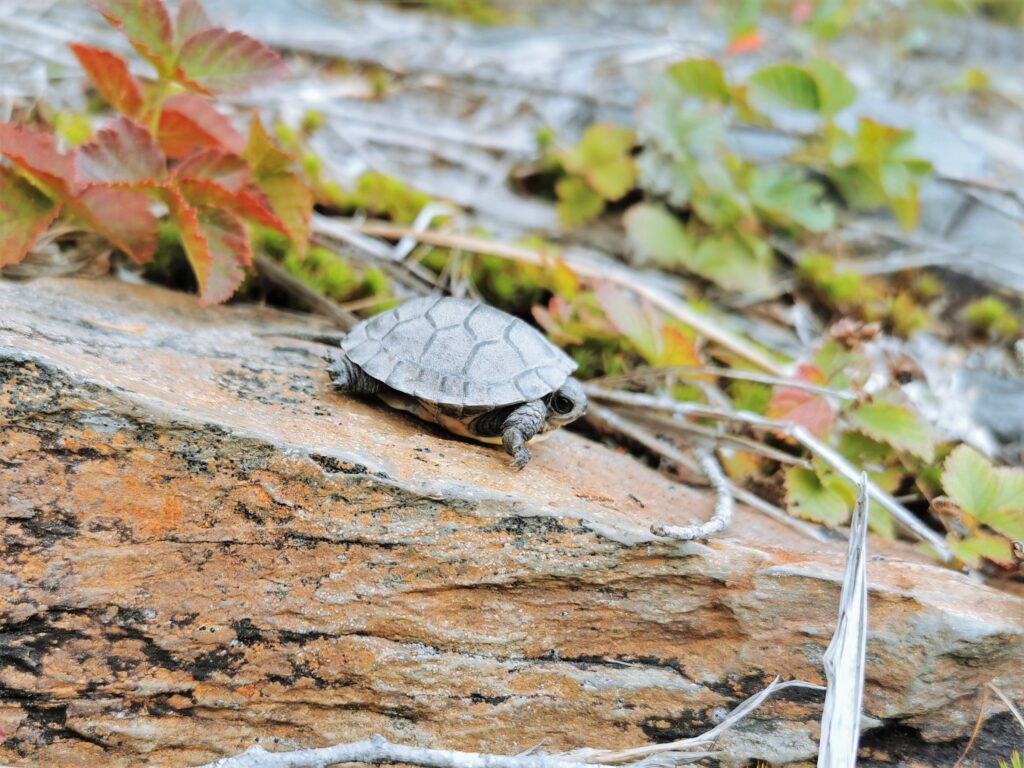 This holiday season, turtle-lovers have a unique chance to give our province’s beloved shelled friends a home for the holidays – and forever. Only four species of turtle live in Nova Scotia, and three of them are at risk of extinction, due in large part to habitat loss. The Nature Trust is working to protect land in the province’s most significant turtle habitat, and today we’re announcing an exciting opportunity to add 50 acres to the Barren Meadow turtle sanctuary. We’re asking for your support by December 31 to save this important turtle home and give our turtles the gift of safety.

Perhaps our highest-profile, and most at-risk, turtle is the Blanding’s Turtle, known for its jolly smile. The Blanding’s Turtle is one of the longest-lived and slowest maturing freshwater turtles in Canada. They need the undisturbed lakeshores, rivers and wetlands that were once widespread in southwestern Nova Scotia, where they live. But these shorelines are also highly desirable for human use. With growing cottage development and road networks, we have edged the turtles out of much of their former habitat. Blanding’s Turtles are listed both federally and provincially as species-at-risk. With approximately 500 adult turtles left in the province and a hatchling survival rate of less than 1%, we need to do everything we can to ensure their survival.

Fortunately, the Nature Trust is building protected land assemblages in key areas of the province identified by researchers as critical for turtle conservation. 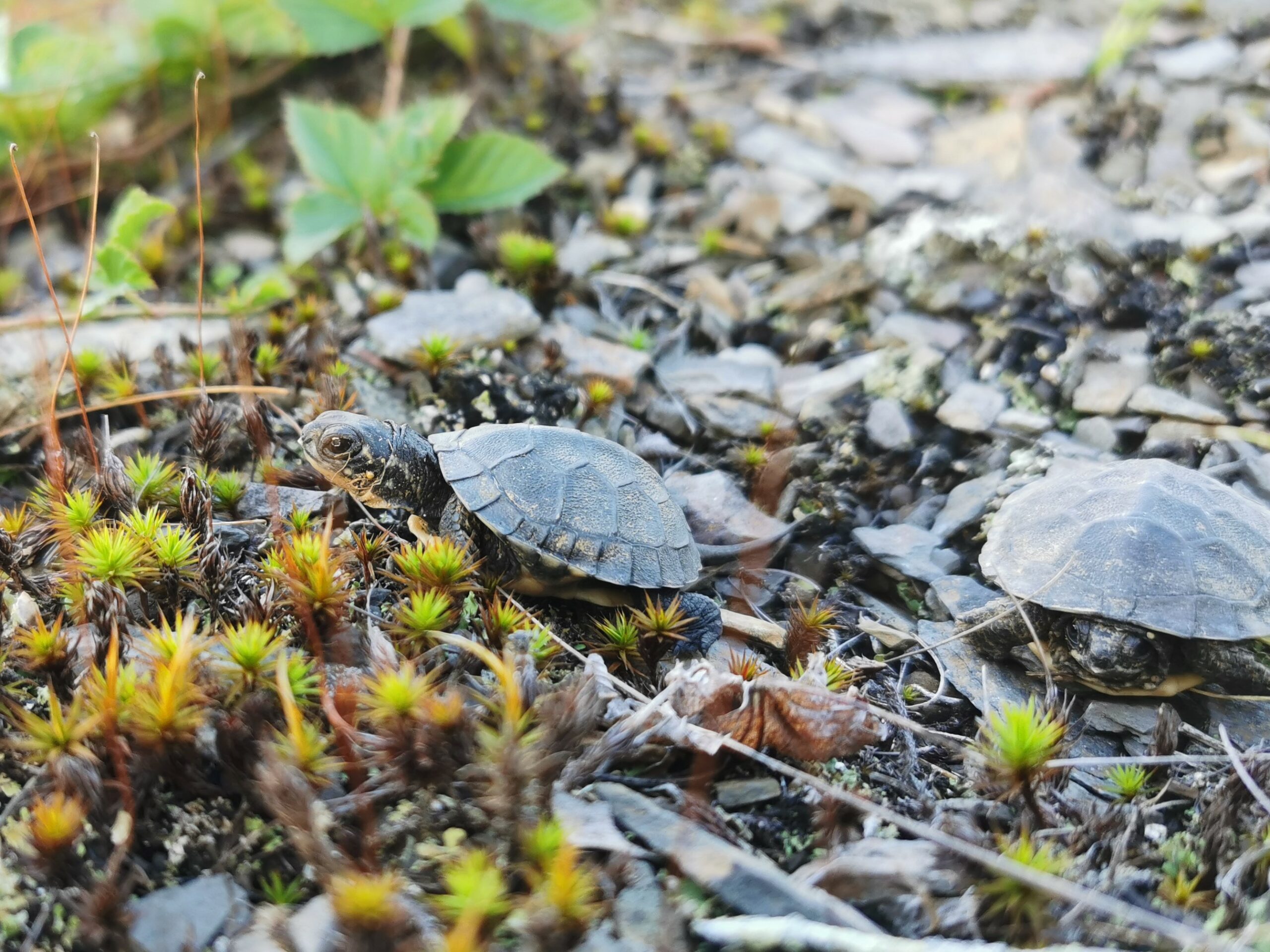 Nature Trust properties are home to generations of Blanding’s Turtles, including Lumpy, Lucy, and Smoothy – females who nested and successfully produced hatchlings on Nature Trust conservation land this year. The turtles were named by staff and volunteers of the Mersey Tobeatic Research Institute (MTRI), one of the Nature Trust’s partners in conservation. The Nature Trust is helping the Blanding’s Turtle population by working with MTRI researchers and other partners to identify the most critical lands for turtle conservation and recovery, encouraging landowners to permanently protect their lands, and engaging local communities to take an active part in habitat stewardship and turtle monitoring.

Right now, the Nature Trust is urgently raising funds before December 31 to add a significant piece to one of the best Blanding’s Turtle sites in Nova Scotia. The targeted 50 acre property in Barren Meadow (southwest Nova Scotia) encompasses a portion of a large riparian fen and forests that host critical habitat for a large number of endangered turtles. Immediately adjacent to other Nature Trust and provincially protected conservation lands, this property will extend a growing land assemblage that provides habitat for multiple species at risk in addition to the Blanding’s Turtles, including threatened Eastern Ribbonsnake and several bird species.

“With so few Blanding’s Turtles left in Nova Scotia, their fate is truly in our hands,” says Bonnie Sutherland, Executive Director of the Nature Trust. “This important addition to the Barren Meadow turtle sanctuary is crucial to the survival not just of Lumpy and her friends, but to the survival of this entire species in Nova Scotia. We are seeking the community’s help to save turtles with a generous gift.” She noted that charitable donations received by December 31 will help save this critical home for endangered turtles. Or people can give a unique and meaningful gift to the turtles and also to friends and family this holiday season by “adopting” a turtle in their name with a Gift of Nature.

Help Save Habitat for Turtles by December 31!