Famous for its chestnuts and wild mountain pastures, the Cévennes region of France is now known to the Nova Scotia Nature Trust as the home of our first International Champion of the Wild. 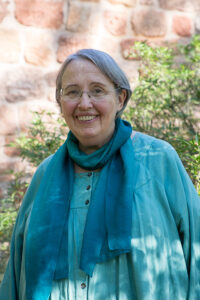 Dr. Louisa Jones joined the group, which unites those who have made multi-year pledges of unrestricted support, as a way to continue her family’s contribution to conservation in Nova Scotia.

“My grandparents and uncle were naturalists of some repute in Nova Scotia, and their influence remained with me. In the last thirty years I have written a lot of books about gardening but always from an ecologically sound viewpoint.”

She first heard about the work of the Nova Scotia Nature Trust from family friend Harry Thurston who had visited Louisa in France where she has lived and gardened since 1975. Canadian by birth, she fell in love with France as a student in the 1960’s. As a professor of French and Comparative Literature at the University of Washington in Seattle, she met her French husband, the late Bernard Dupont, and together they taught in Avignon while buying a farmhouse in the area of Rousselonge. 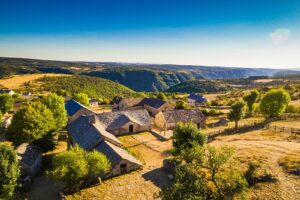 A similar farm in the region of France where Dr. Jones lives. Photo credit: Herve Leclair, used with permission from Wikimedia Commons.

“It became our base even when we moved around and worked elsewhere. We kept the land cleared, restored its various ecosystems and planted trees that are now forty years old. It is a steep terraced hillside and my husband rebuilt many of the drystone walls. He died in 2014 and I have no more family, so I have left the property to the French equivalent of the Nature Trust.”

She decided to extend her incredible generosity to preserve nature and promote biodiversity with funds left to her by her parents that she did not immediately need. “I thought they would have liked it to benefit something Nova Scotian.”

Champions of the Wild (formerly known as Guardians of the Land), like Louisa, recognize the need for ongoing funding at a substantial level to guarantee the sustainability of the Nature Trust’s conservation work. “We are very grateful that Louisa is honouring her parents through support for the Nature Trust,” said Barbara Haley, Legacy and Leadership Giving Director. “It’s so important to have these unrestricted funds to ensure we are able to address the areas of greatest need and we are so thrilled to have Louisa ongoing support, all the way from France.”

For more information about becoming a Champion of the Wild, please contact Barbara at Barbara@nsnt.ca.